The name "Gutentight" stems from this fun video of a good friend of ours who stayed in his beloved mountains forever.
RIP Robson Gmoser
you were with us all day
A few days off work in the middle of March and continuous good stability in the Rockies allowed Andrew, Ben and myself to ski a couple nice lines together.
After warming up on the less committing Boom Couloir with Cassey tackling the first doggy style  ascent, we decided to head for the Ice Fields Parkway a few days later to step it up a notch and check out some road side attractions, this time around dog less.
A good write up on the first outing
is to be found on Andrew Wexler's Blog

Sitting in the left hand back seat, Andrew's keen eyes for beautiful lines
(btw. not just limited to mountains ) spotted this thing between the Grand Daddy and Funnel of Death on Bow Peak. Unable to make out if it actually connects due to the travelling speed of a way too fast Audi, many cliff bands and obscured skies, he took a mental note of it and without stopping we cruised northward.
But something changed inside Andrew's brain and his facial features transformed into a strange look that reminded me of a hungry animal sensing a scent while hunting for prey.
None of the other potential food source we spotted on our way suited Andrews high expectations though, so half an hour later we turned around and pulled into Mosquito Creek parking lot. Andrew picked up the scent again and sniffed his way up through the trees to go hunting for his prey...

And what a beauty she was, probably one of the most aesthetic lines I skied in a while.
Snowfall all day made for major spindrift, deep trail breaking and awesome skiing. 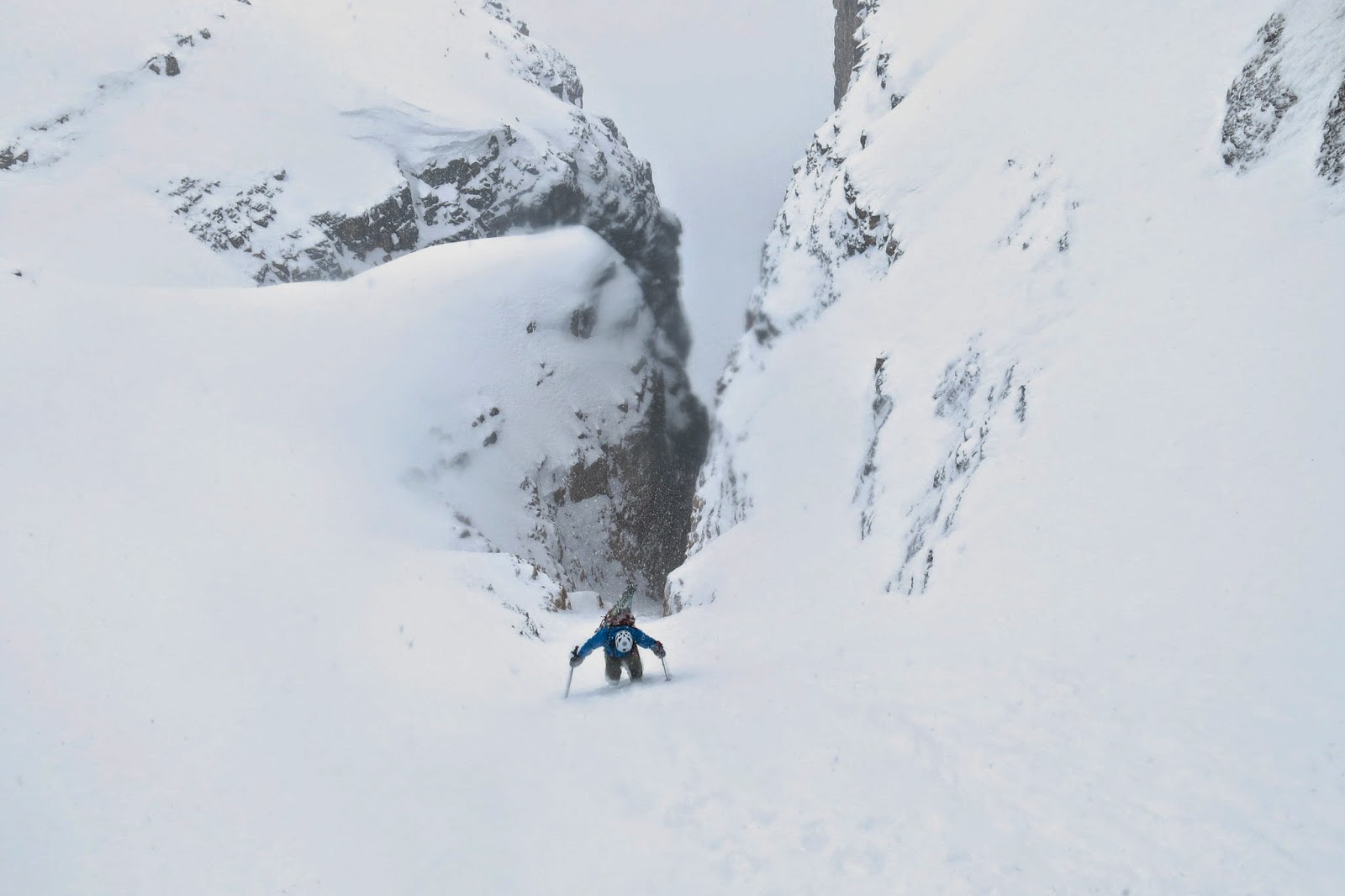 more pictures from the Gutenteight here

Another video I took last year of Robson Gmoser in Sorcerer lodge shows his famous laugh very well. Let's all give it an effort to laugh more in the future, it will make the world a better place.

Posted by gery unterasinger at 10:49 AM

Your blogs and every other content are thus interesting and helpful it makes me return back again.
yellowinternet