a crazy week in the snow 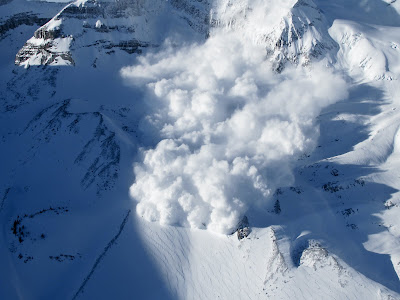 Last week the unavoidable finally happened. The November Facet layer got overloaded by one of the bigger snowstorms in recent years. Over a meter of storm snow combined with high winds and warm temperatures did the trick. A huge natural cycle occured sometimes in the afternoon of the 17th and the morning of the 18th. Since we had clear skies on the 18th with a very limited ski program, we decided to get the groups in at 3 p.m. and go for a major bombing run to open up more skiing for the future. 40 shots produced many large avalanches, all of them ran either on the Facet layer or on glacier ice. Do give you an idea about the work we do and the magnitude of those avalanches, check out this video. Marty Schaeffer, a promising young assistant guide, combined his and my footage together in a short clip. Enjoy! 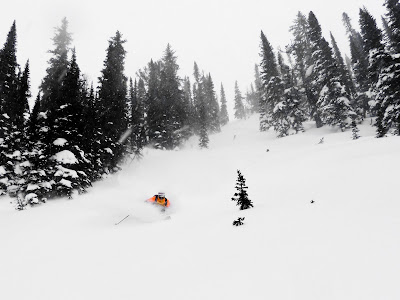 I guess I did forget to mention that the skiing was great throughout the past couple of weeks. Here are some samples from Friday, for a change those images show me skiing in the Crystalline, and are taken from Marty Schaefer and Peter Lemiuox on the very bottom. As far as I remember these are some of the few images I have of myself, usually I'm the one behind the lens. It's been a really busy time lately either lead guiding or snow safety, so I haven't got my brain set to shooting mode yet. 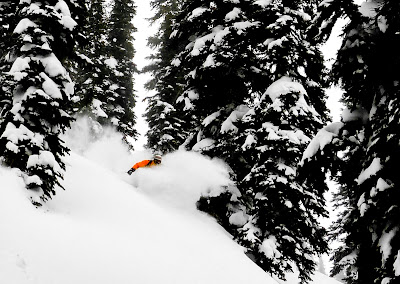 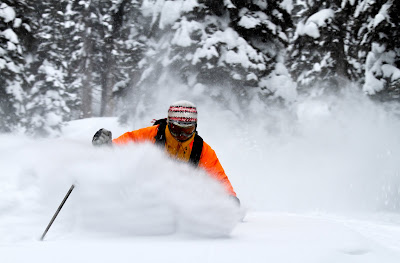 Posted by gery unterasinger at 10:40 AM No comments:

It's been a wild Winter so far, at least regarding my job as a heli skiing guide. Although we had some of the best skiing I've had since a few years, there is this lingering bad feeling of uncertainty in my stomach. Is it the aftermath of last years catastrophic snow pack or just plain good judgement of a devastating facet layer, who know's. I don't want to get into details about our snow pack structure, but I have to say that this could be one of the worst Winters regarding avalanche hazard in the last decade. Everyone working in the snow related industry thought that last year was as bad as it could ever get, but I truly believe that this Winter will be even worse than last. This is simply due to the fact that the weakness in the snow pack is very deep down, and the potential of triggering is fairly low. But God help you if you do find the sweet spot, or if you are simply happen to be at the wrong place at the right time. 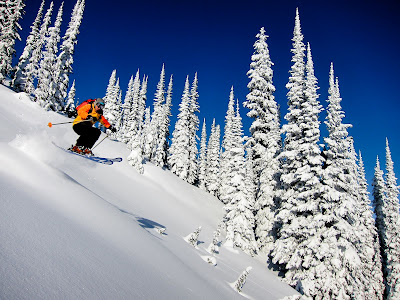 The picture above shows Andrew Wexler having a blast on the 1400m long tree run called Little Sister in the Selkirk Mountains. Below you see the other side of the coin, a massive avalanche ripping all the way down to the summer ice on a run called Finally. How much load does it need to trigger something like this 3 meters below your skis? I am certainly not the one who want's to find out. Play safe out there and good luck! 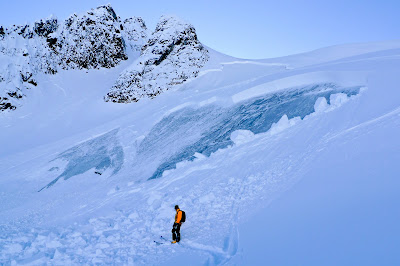 Posted by gery unterasinger at 8:43 PM No comments:

This picture was taken today from the deck of the Bobbie Burns Lodge, where Thierry worked as a guide for over 25 years. Pretty much at the same time Thierry passed away in his home in Invermere, about 80 km behind those mountains. Our spirits were with him. 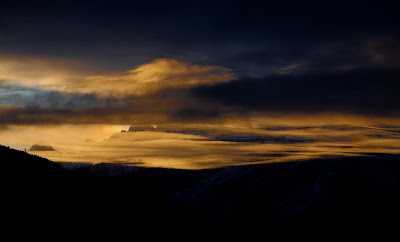 In the evening after a great day of skiing in the north Selkirks, Thierrys favorite place, everyone who knew him up here lit a candle to lighten up his journey. Since I'm not good with words I pasted a statement of Rob Rohn below, which pretty much sums up my feelings. "Another good one gone" 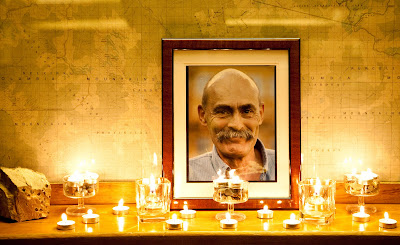 Hello everyone – Earlier today our good friend, colleague and mentor Thierry Cardon passed away at his home in Invermere after a relatively short battle with cancer. Our hearts and best wishes go out to his wife Sylvie (yes they were married last week!) and his daughters Emily and Gillian.
Dr. Jeff Boyd and Anne-Marie Fischer were with Thierry and Sylvie during his last hours, and Roko has been a constant companion and helping hand over the last several weeks. Many thanks to them, and to all of you who helped out in so many ways. Let’s not forget that Sylvie will need all our love and support through the tough times ahead.
Thierry always lived life on his terms, including those final days. I feel very fortunate to have worked closely with him over many years. I learned so much – about guiding, about the mountains, and about life and myself. I left him after my last visit feeling inspired by his personal strength and his serenity and courage. It was wonderful to reminisce and laugh with him. He had no regrets. He was headed on his greatest expedition yet. Take care my friend; I have no doubt that you’ll reach the summit.
Let’s all take some time to reflect on and share the special times we spent with Thierry. His legacy and spirit will live on.
If you would like to send a note to Sylvie and the girls, their address is:
RR#4, 1426 13th Avenue,
Invermere, BC, V0A 1K4
Canada
With best wishes to all of you,
Rob
Posted by gery unterasinger at 1:01 PM No comments: 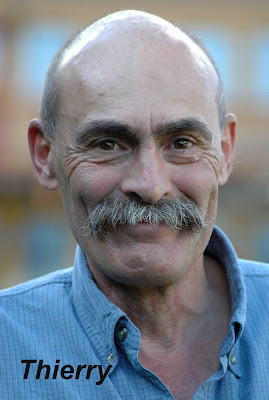 Thierry was diagnosed with severe cancer 3 weeks ago and he refused any further treatment. He is at home right now with his partner Sylvie and waits for the departure, as he puts it, for his biggest journey of his life.
When I started as a heli skiing guide 17 years ago I had the fortune of having Thierry there as my mentor, teaching me-in his very own way-the ins and outs of the intricate heli guiding challenge and furthermore, everyday life.
If only a fraction of what he thought me in all those years will stick in my mind, it will make me a better guide and person. For those who had a pleasure to meet him, please send him lot's of positive energy, he certainly needs it right now.
Posted by gery unterasinger at 8:39 PM 2 comments:

the kids are alright 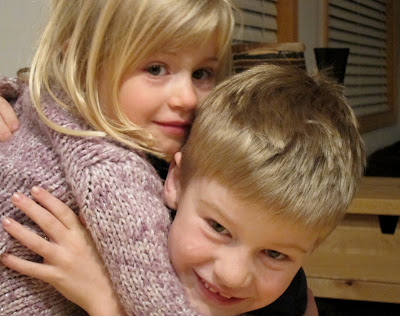 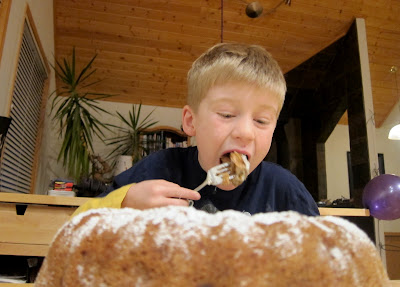 My son Luka turned 7 today, pretty scary how time flies. Not too long ago he was my little baby, now he is a young man I can have normal conversations with. And he can swallow his Birthday cake just like his old man. We took him out of school to go skiing to Norquay with him, and even when I ski as fast as possible I don't have to wait for him anymore. It's probably not going to be too long that he has to wait for me.
Posted by gery unterasinger at 12:11 PM No comments: