going light in the Bugaboos

11 years after my first private visit to the Bugs I finally made it back again to this amazing granite spires. The goal was to climb "Sendero Norte" on the 500m east face of Snowpatch Spire as free as possible in one day car to car. With Topher Danahue from Colorado I had a strong and motivated partner and the weather was in our favour. 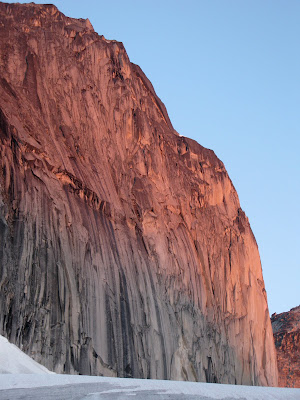 After leaving the parking area at 3:45 we got our first view of the full east face of Snowpatch Spire at the toe of Snowpatch Glacier, where we filled our water in the last stream. 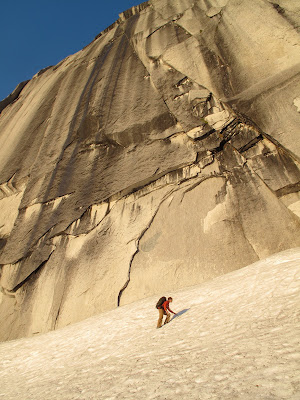 Magic light on the final approach below the impressive East Face 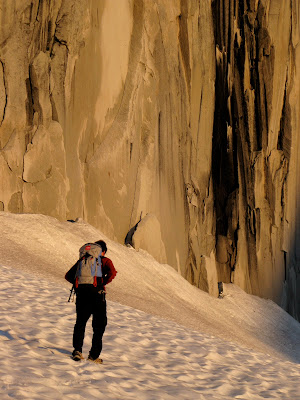 Since we where both in less than disireable physical shape, we tried to go as light as possible. 1x60m 10mm single rope, 1x60m 8mm haul line, 6 draws and 4 runners, 3 lockers, 2 ATC, Camelot 4, 3, and Mini Cams single, everything in between double, set of rocks 1-8, light rain jacket each, 2 liters of water and lots of bars, 2 head lambs and 2 helmets, well needed toilet paper and sunscreen of course. 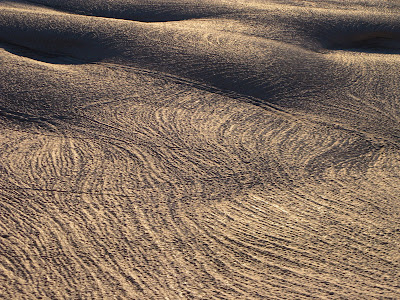 Topher, the crack specialist, made an impressive effort to on sight pitch 2, which is certainly the crux. He went for a good 10m whipper after slipping out of the moist crack 2 thirds into it and then aided the rest. This was fortunately the last time we had to refer to aid, except one bolt on the upper crux roof a few pitches later. 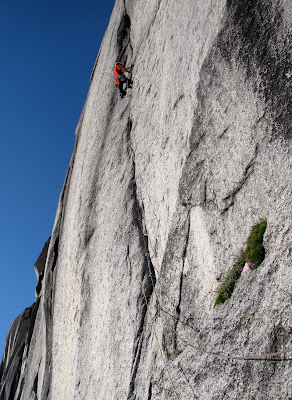 Below is the good looking 3rd pitch, a hard 11+, which Topher was able to on sight. 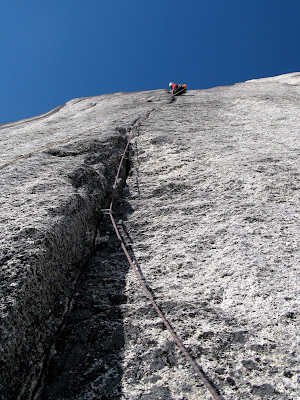 For me it was still a splendid day out in the high country with good company and as a non crack climber a big challenge. And what the heck, we even made it down to Bugaboo lodge for dinner, thanks again to the awesome crew in the CMH Bugaboo lodge for being such great hosts.
I would also like to thank Jon Walsh and Chris B. for their cleaning and bolting efforts and their vision for this grant free line. And last but not least, thanks to Topher who pushed me to step out of my cozy cragging comfort zone to join him for this adventurous outing.
Posted by gery unterasinger at 1:46 PM