In a little bit more than a week I have to leave for another guiding Summer in Europe. It has been a fantastic spring here in the Bow Valley for all kinds of activities and it will be hard to leave this little paradise I call home now.
Here are some of my favourite images from last weeks climbing outings.

There is something about bouldering that particularly attracts young people. It must be similar to the desire of climbing trees and other obstacles, unfortunately most of those activities are taken away from adults for justified safety reasons. It's always hard to argue against safety.
"If you wouldn't have climbed up there you wouldn't have fallen down and you wouldn't have hurt yourself".
Years ago I got in trouble when I belayed some kids up a tree after I picked up Luka from pre school. You should have seen the undescribable glow in their eyes before we got busted, they have obviously never been allowed to do such bad things before.
Today we had a quick road side stop from our way back home from visiting some good friends in Golden, and I saw that wonderful glow again. 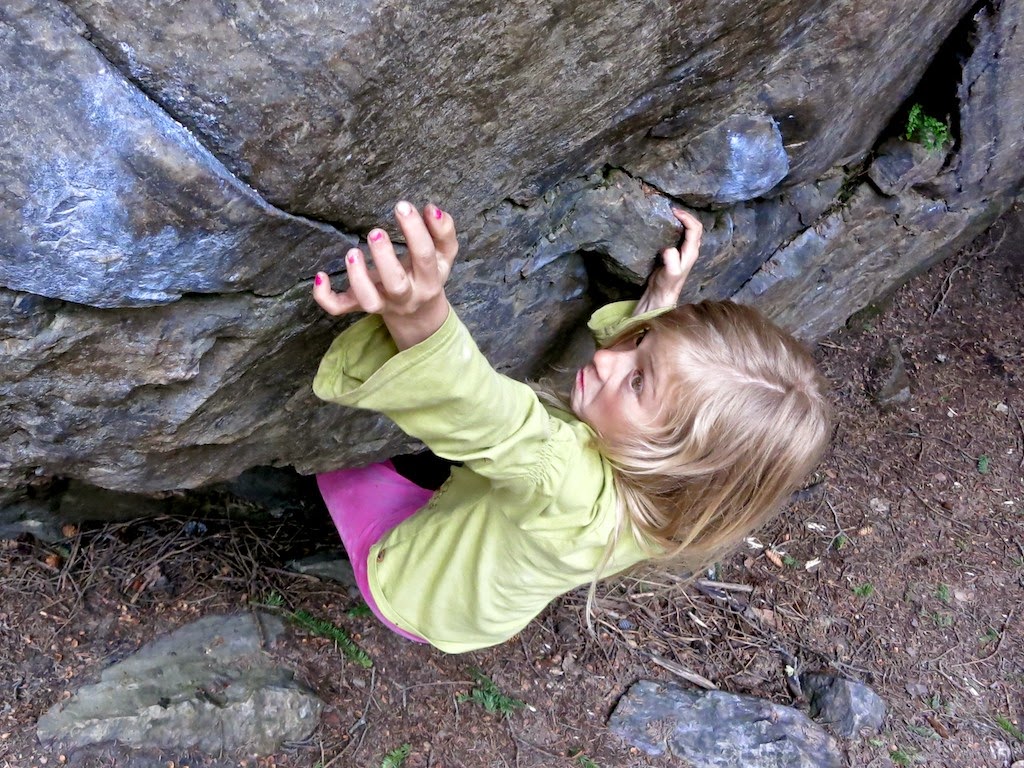 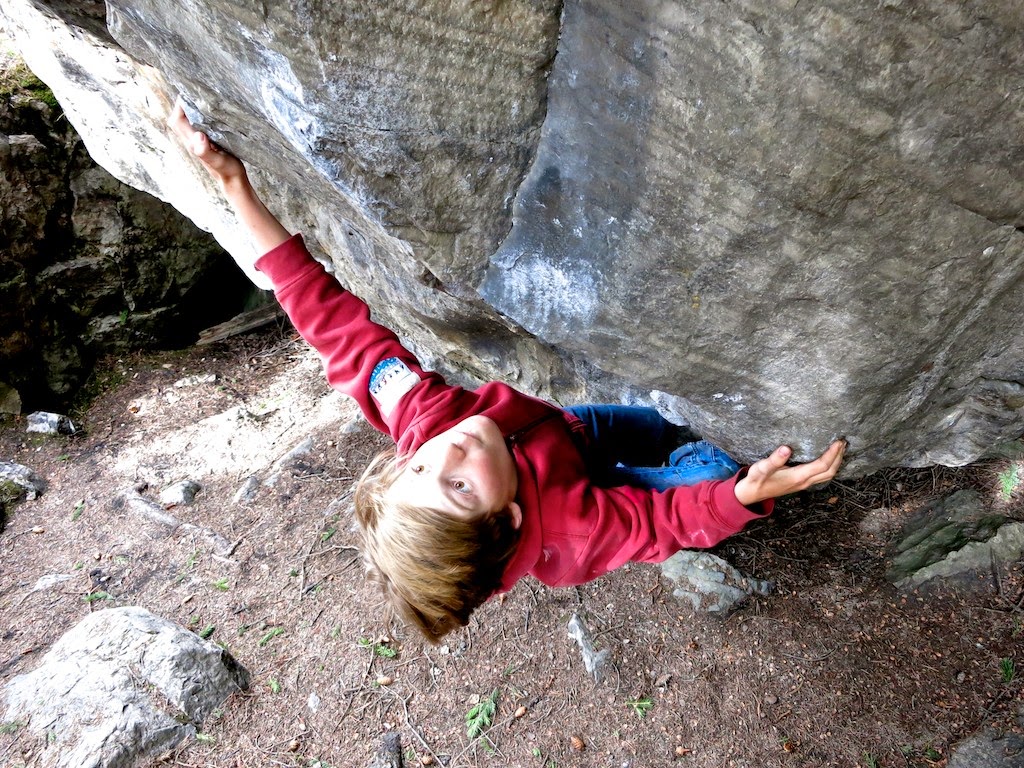 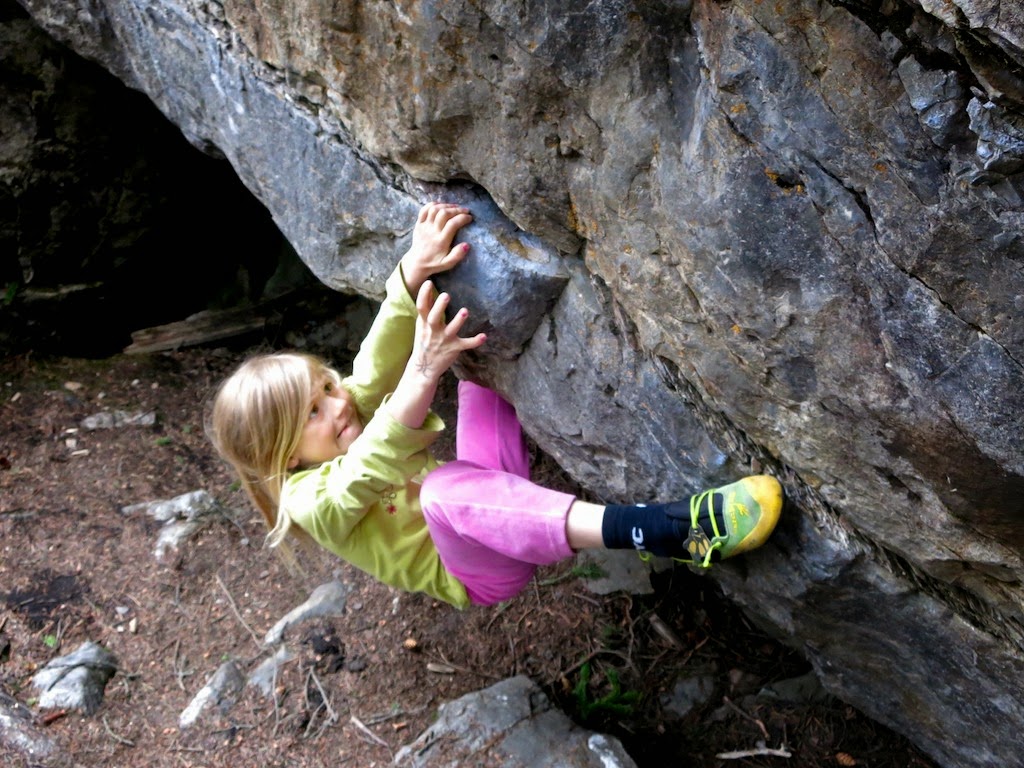 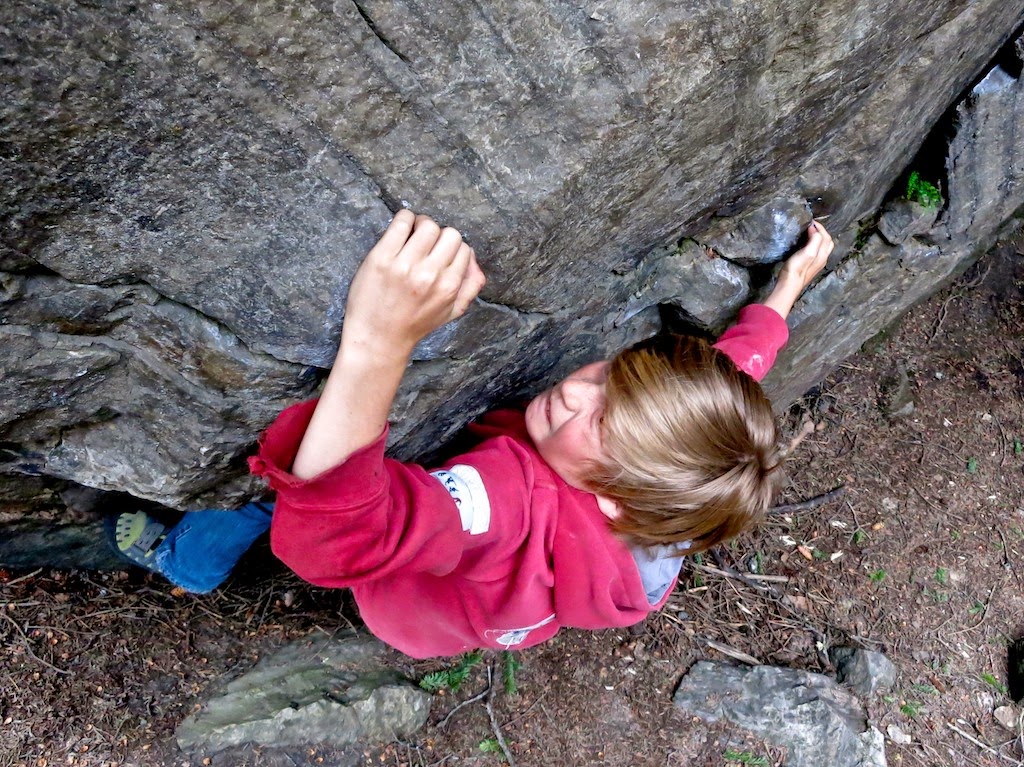 May 31st should have been my last ski touring day of the season.
After getting talked into skiing one more time I thought we might as well make it a good one and try to ski of Mt. Smut. Driving into Kananaskis Country early morning the light was just good enough to see that there had been a substantial loss of snow pack since I was there the last time 2 weeks ago.
There was no snow to be seen anywhere on the valley floor as well as the crossing over Smuts Creek into the Commonwealth.
Nevertheless we shouldered the skis and left the car, ready to walk for a while.
Well, the combination of knee deep marshes, a neck deep raging creek and a half dozen Canadian Geese dropped our psycho meter to just below zero and about 5 minutes later we were back at the car.
So we drove a few k's up the road to Burstall parking lot and headed for Robertson Glacier.
It actually turned out to be quite a pleasant day in the mountains. We were able to ski almost right from the car to the top and out again and the skiing on the glacier was similar to corn snow after it softened up. We also spotted some fresh grizzly bear tracks crossing the Haig Glacier at 2800m, a sign that spring has definitly arrived. 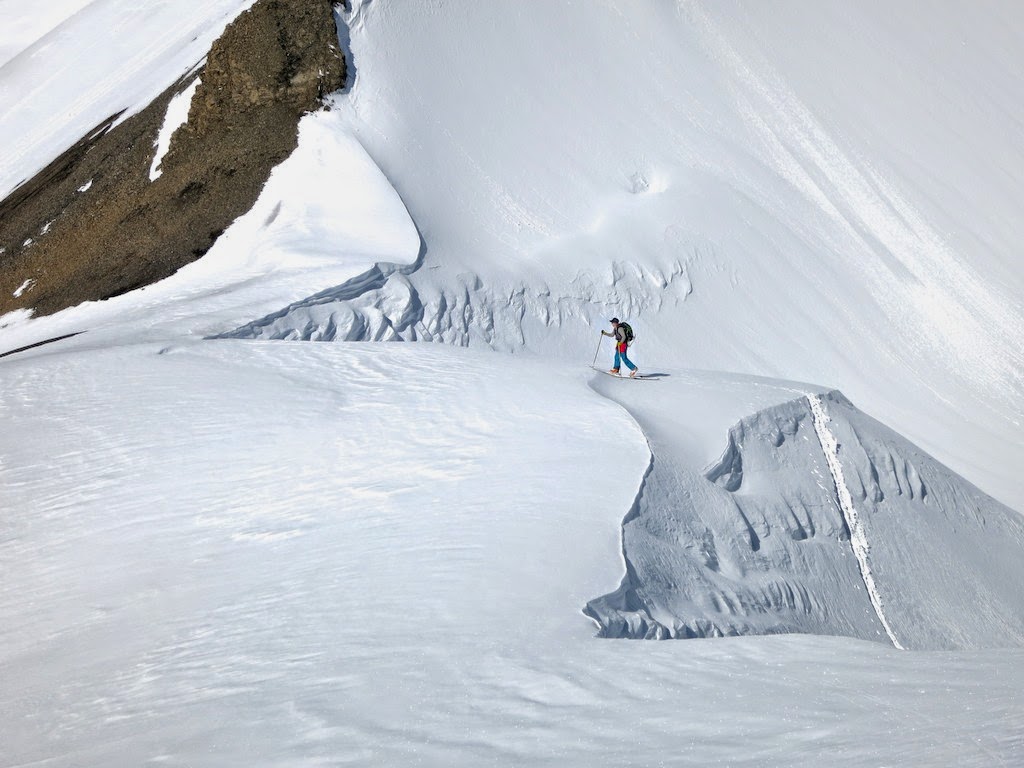