you only know if you go

Although as humans we always like to know what's going on and have a distinct desire to predict the future, it is the unknown which we seek when going on our little adventures outside the comfort and temptation of our plentiful coffee shops and Elevation Places in town.
The great unknown in our case was, if the line on the west summit of Mt. Whymper we spotted last spring goes or not. Also, in order to catch up with some gossip that built up during this Winter I had to find a special goal for Wex and Josh to lure them in for the much needed boot backing.
With below's picture I set the hook. 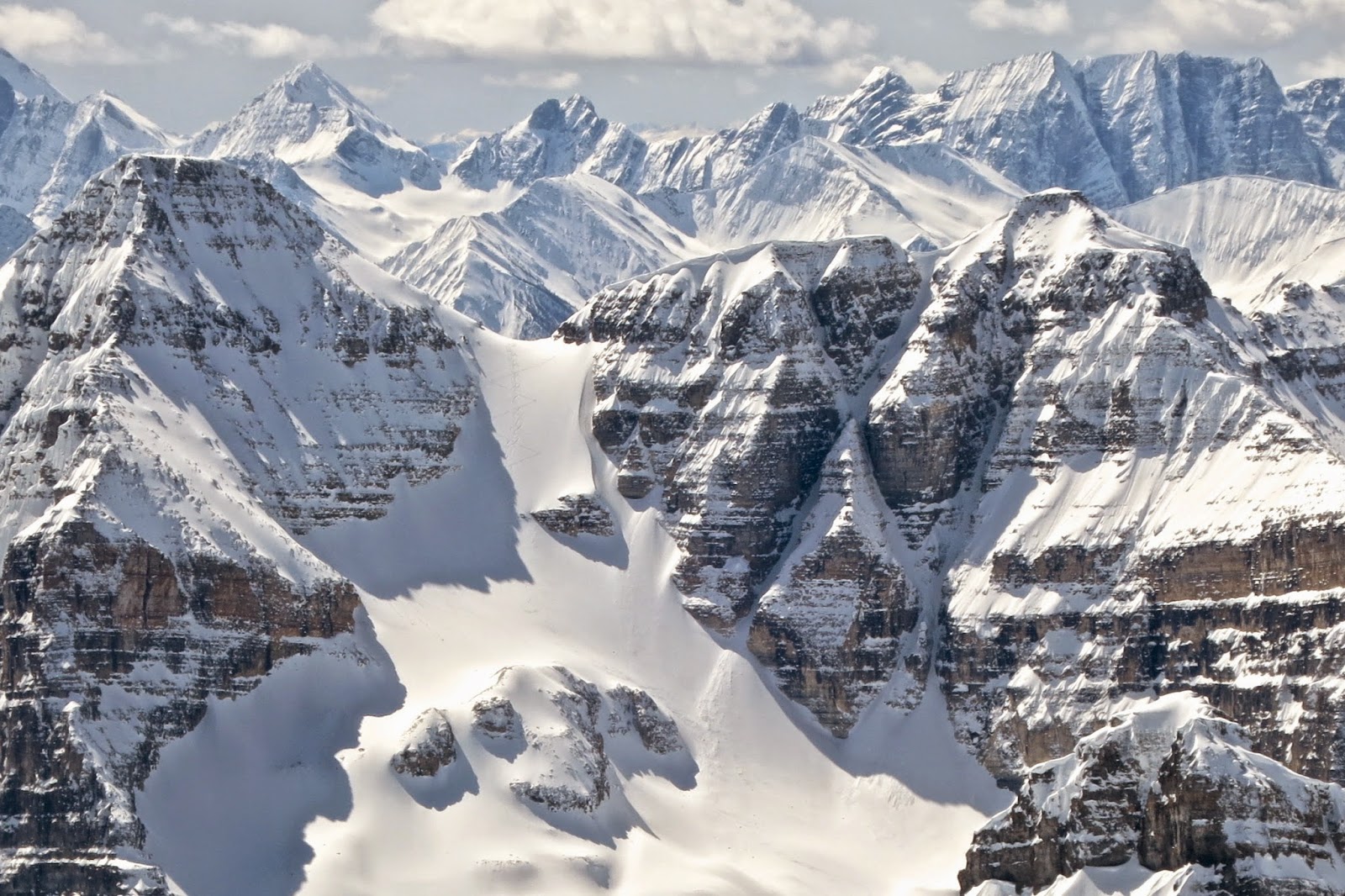 The question mark on the X shaped couloir right of the center of the picture was the hidden parts we did not see from this angle, and how big the cornices would be threatening the entire line. 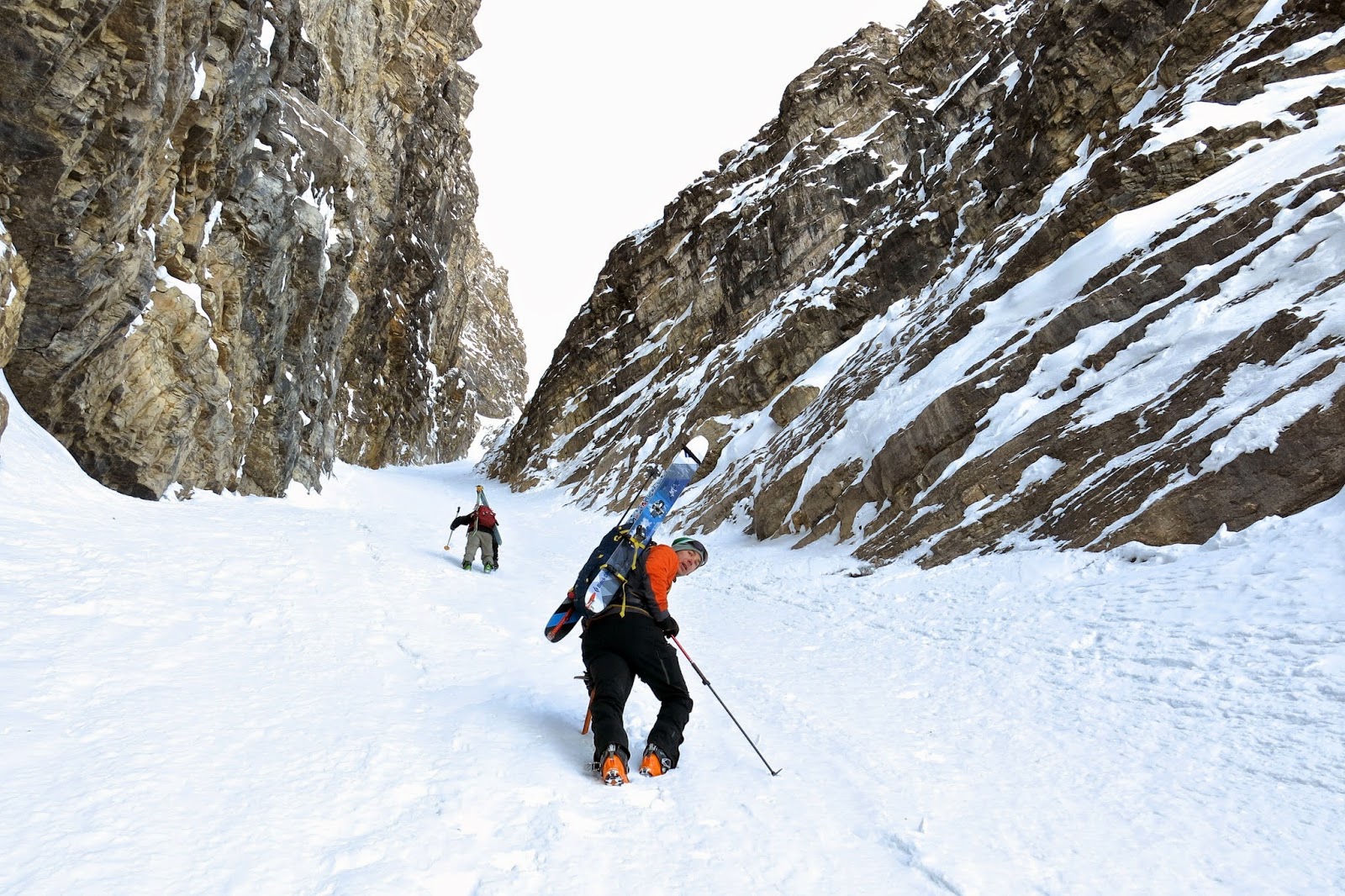 The first part of the lower left leg of the X was pretty straight forward
and delivered boot packing at it's finest. We made quick progress,
even with our heli ski pampered legs. 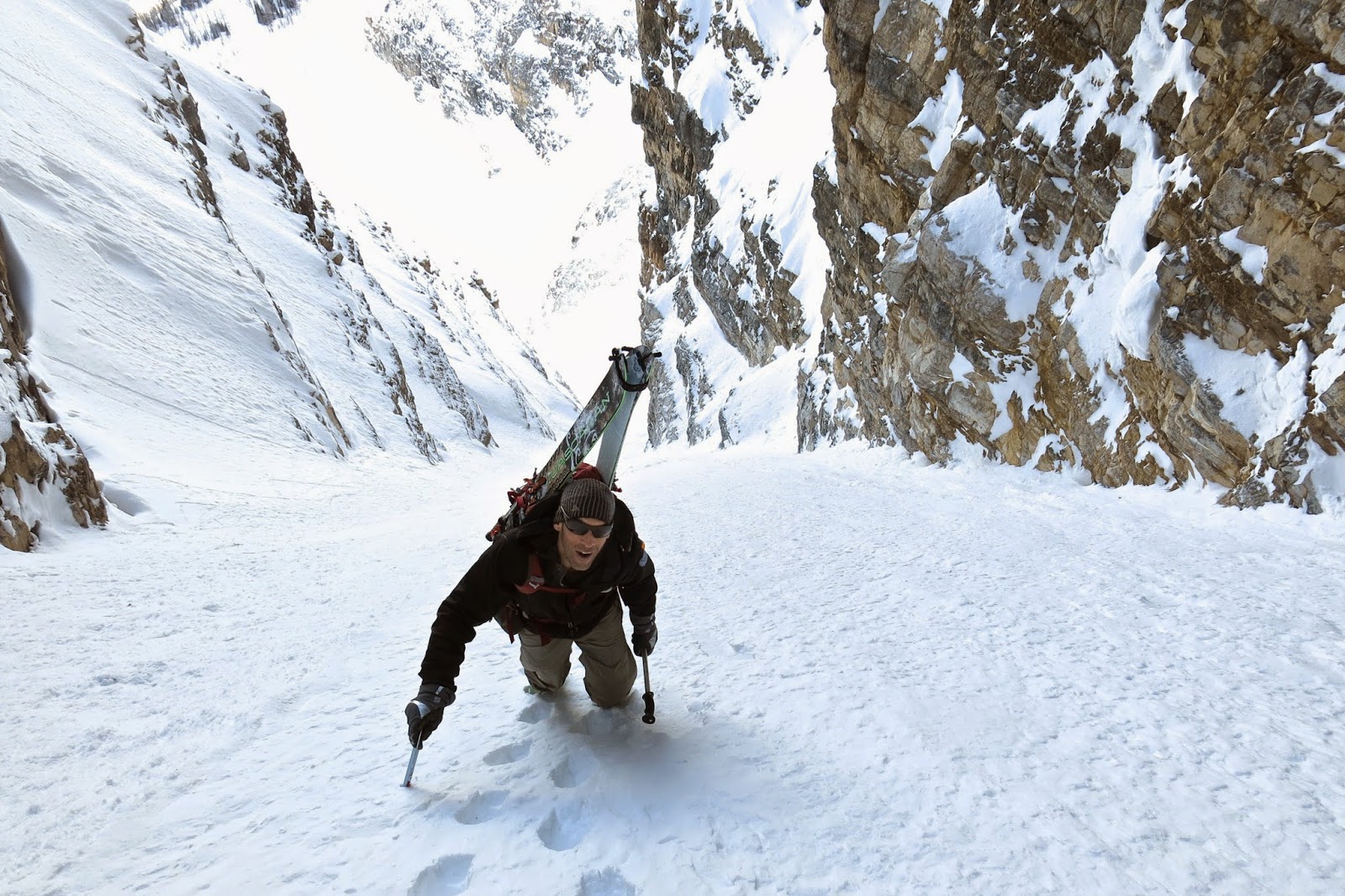 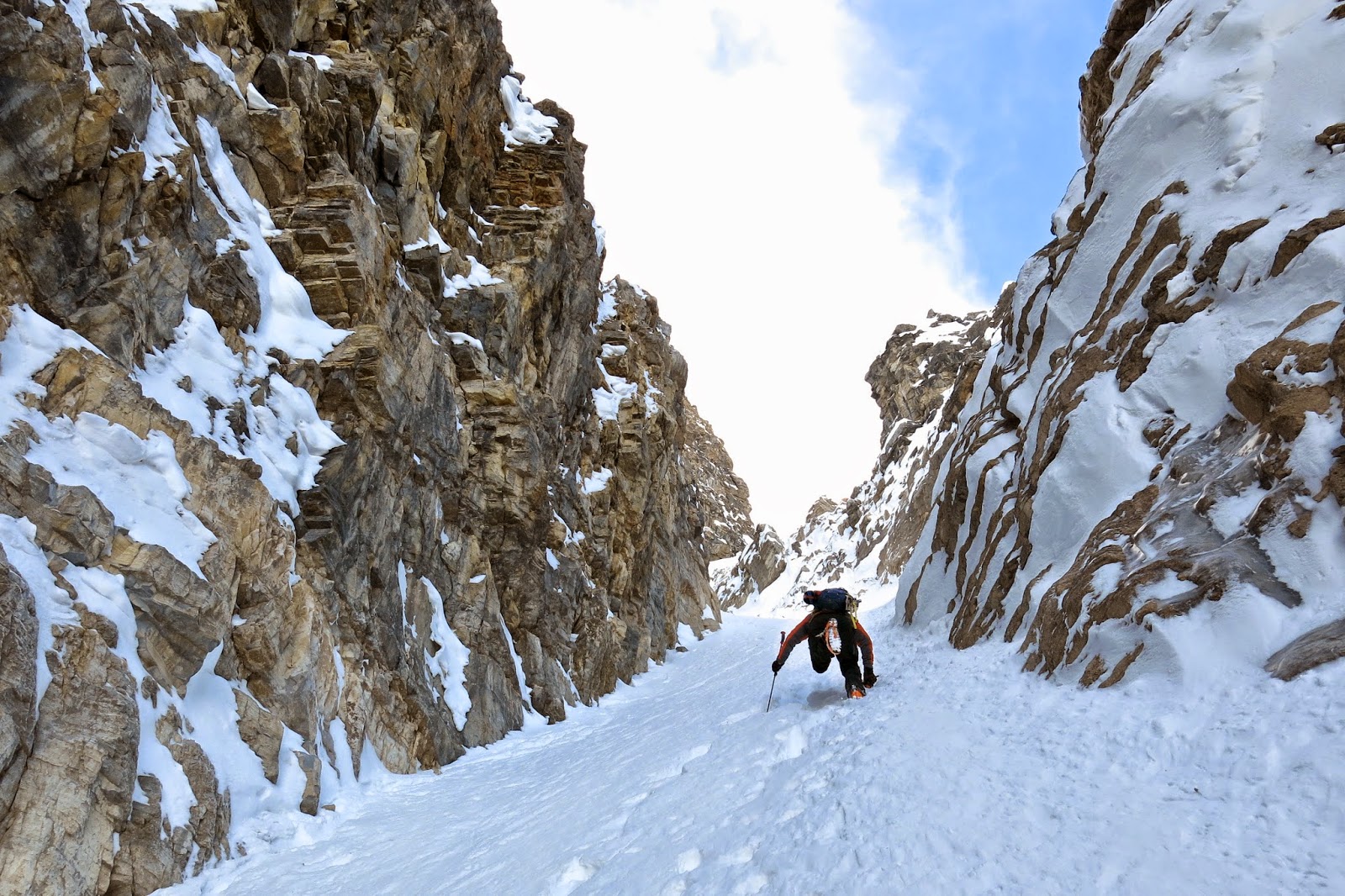 At the intersection of the X things got a bit narrower and rock steps seemed to block the passage.
Doubt started to show up on our faces and uncertainty started to slowly creep into our initial hype. 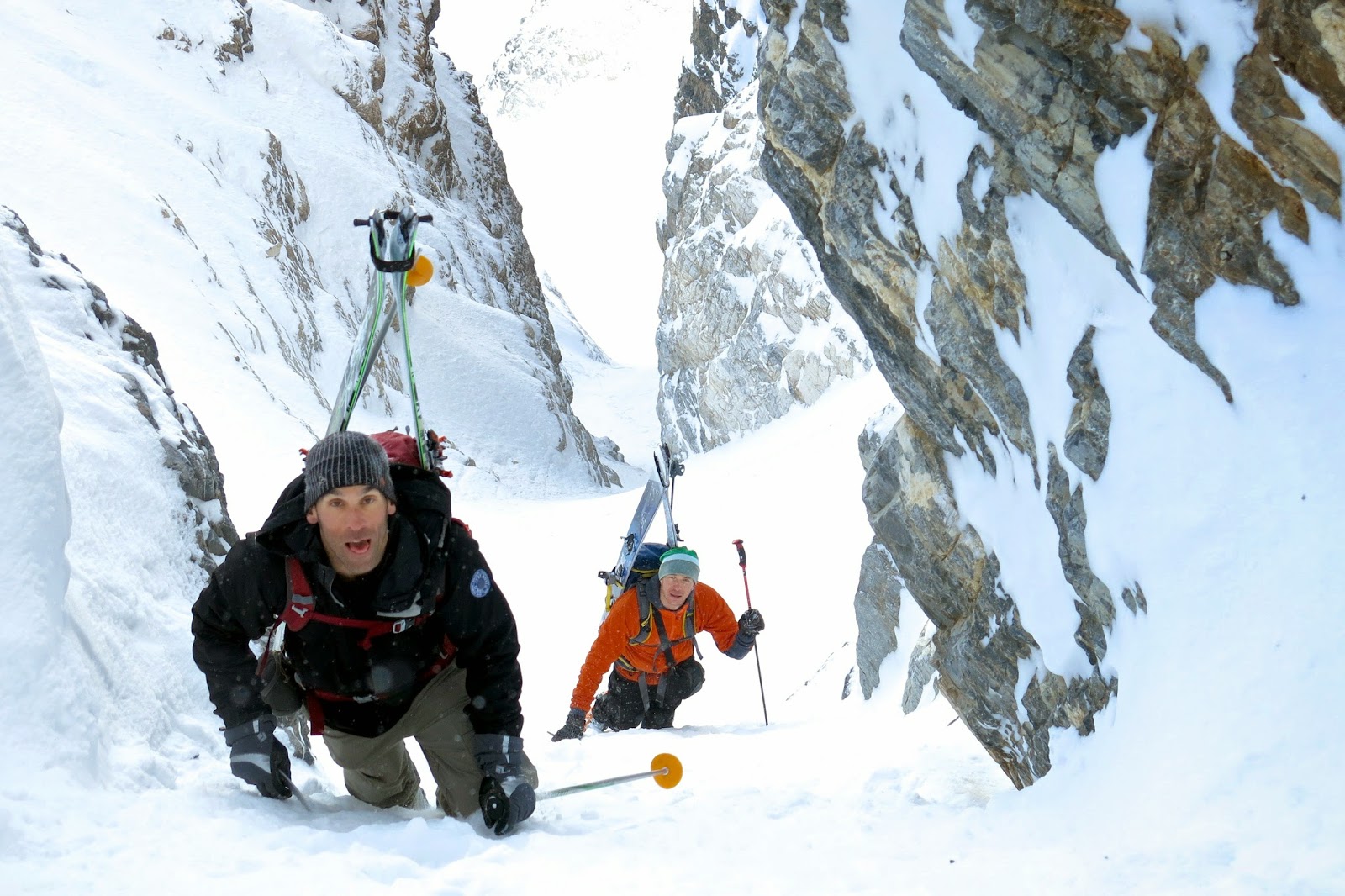 After wallowing in deep facets close to the rocks I was able to make an exposed rock traverse out into the upper right arm of the X.
Above the rock step, a few nervous moments in more bottomless facets, until the snow got firmer and more reassuring. This last part of the couloir is very committing since one would be swept over a 30m high cliff if going for a ride for whatever reason. 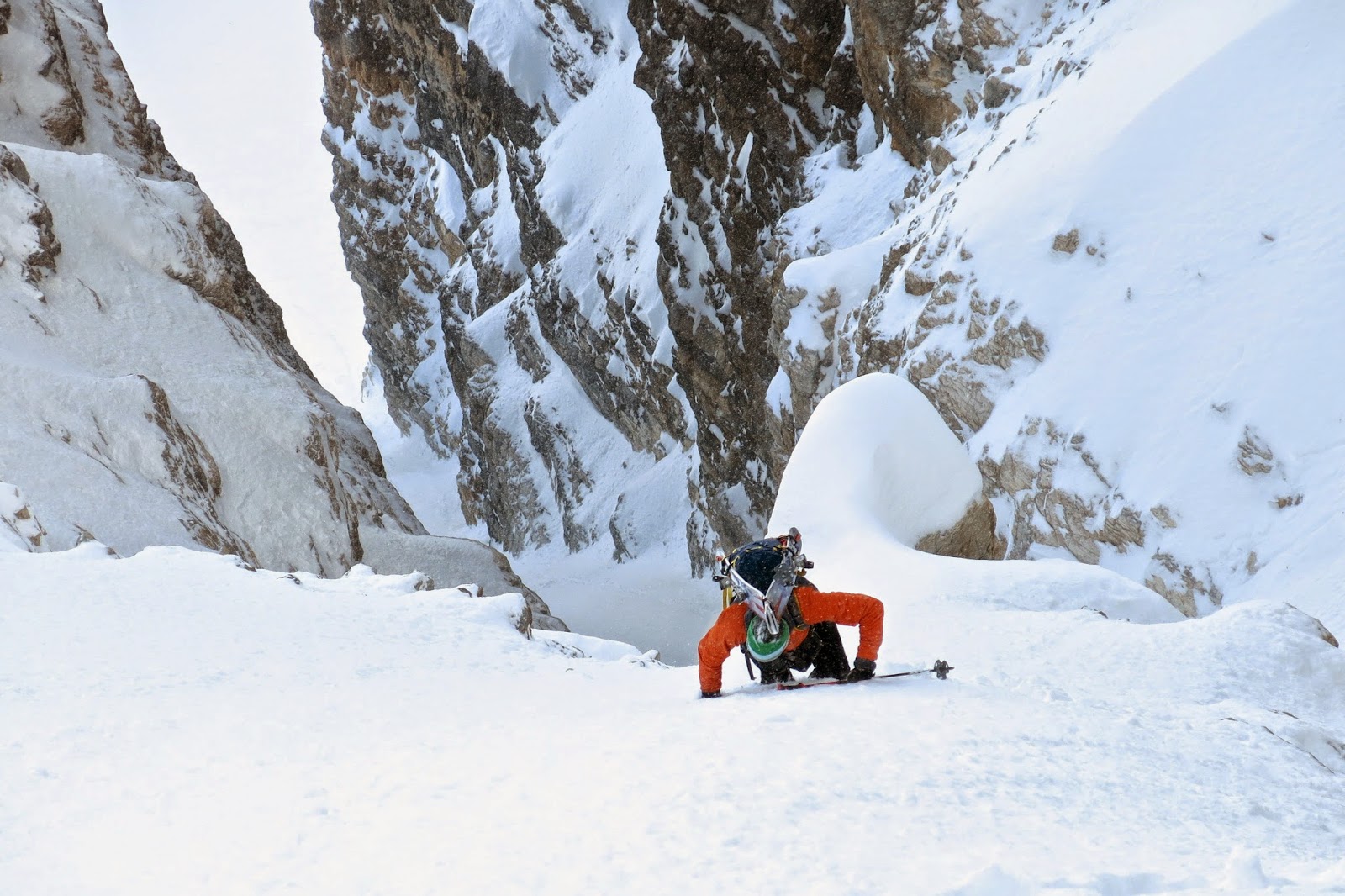 There is also a cornice looming above, in our case it was not very threatening thanks to the fairly lame Winter we've had so far. 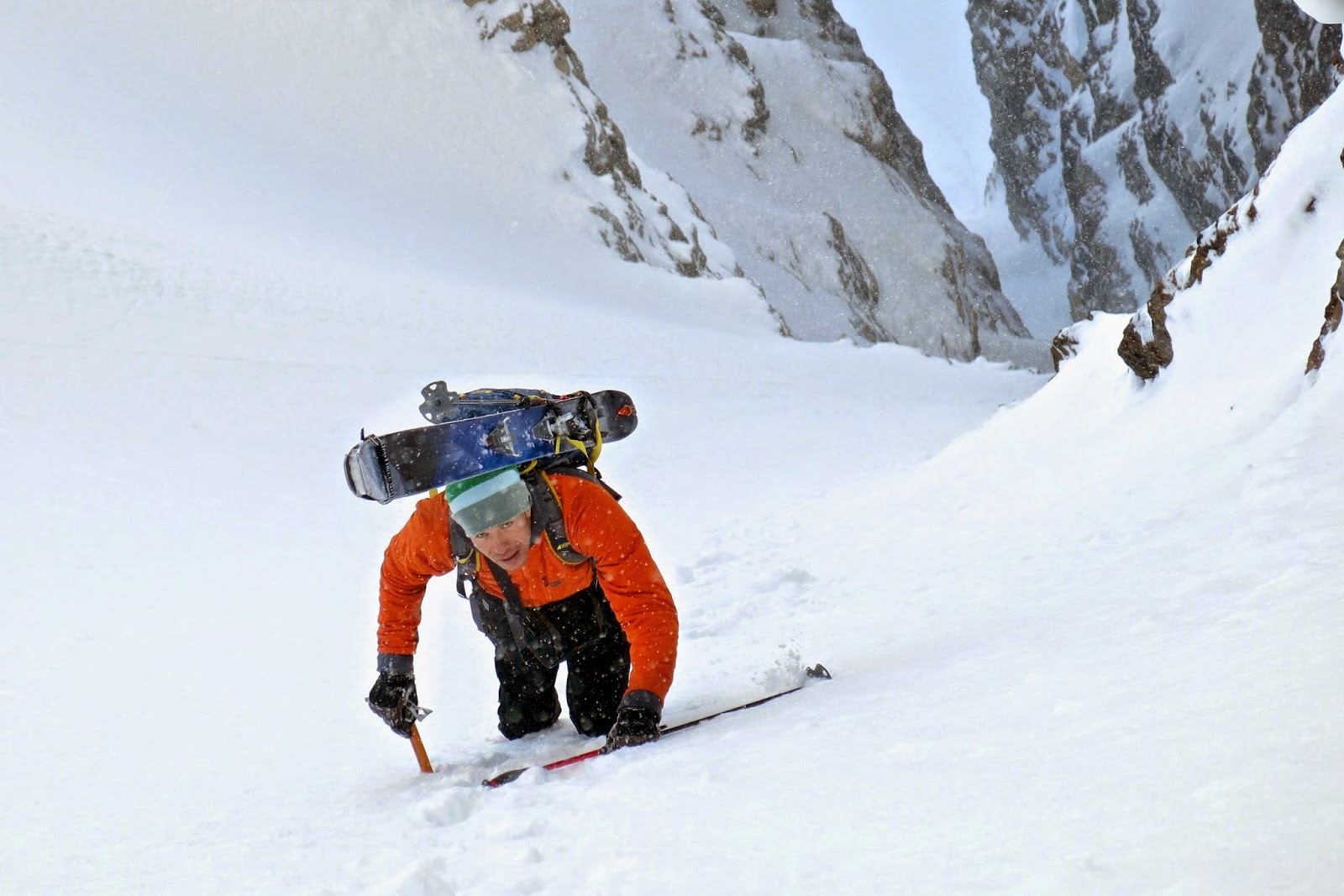 Should you constantly look up to see if something falls down on you or simply ignore the beast?
Nowhere to run anyways. 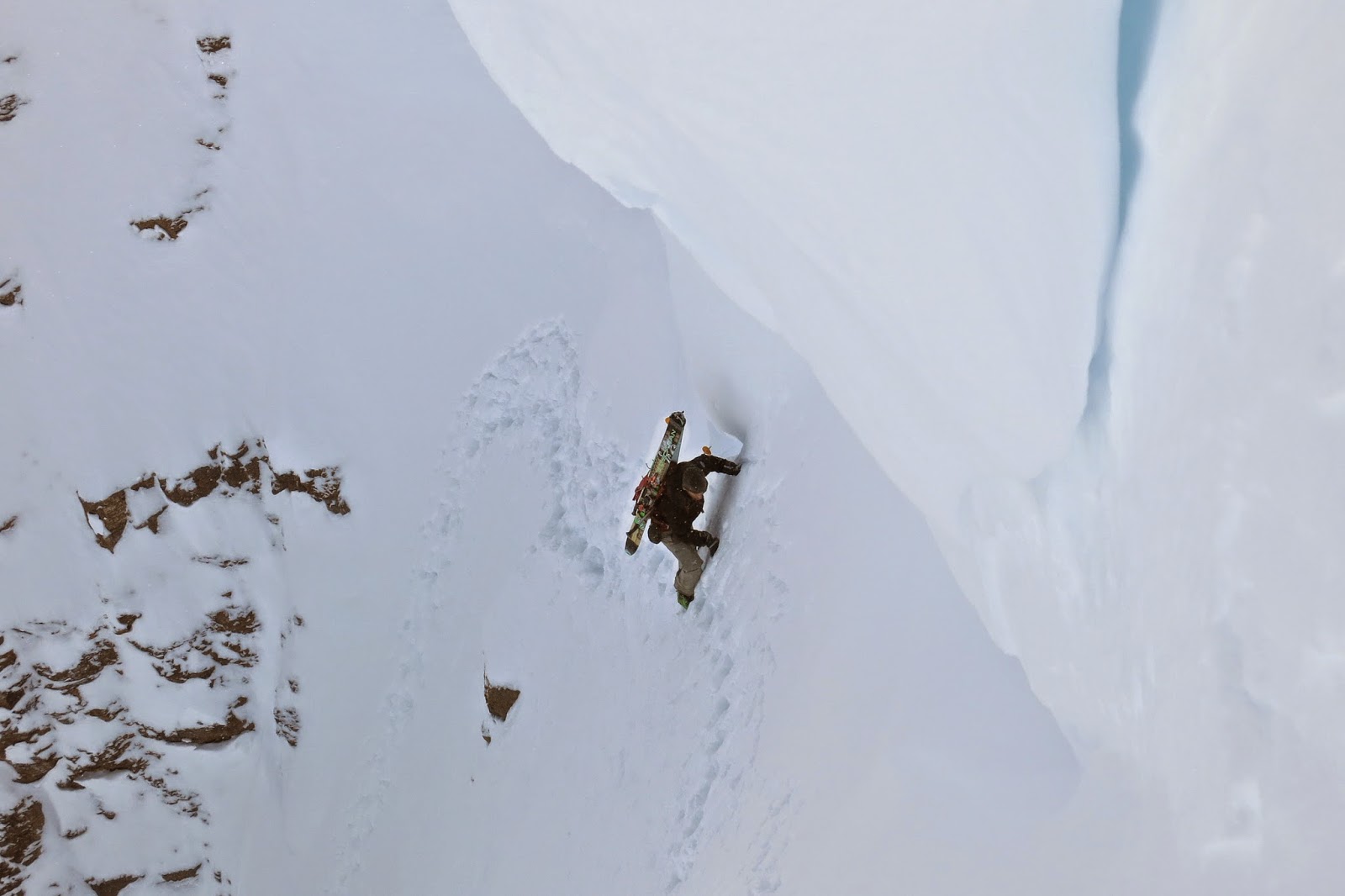 We found a fairly easy exit out to the right and into the light of the summit ridge. 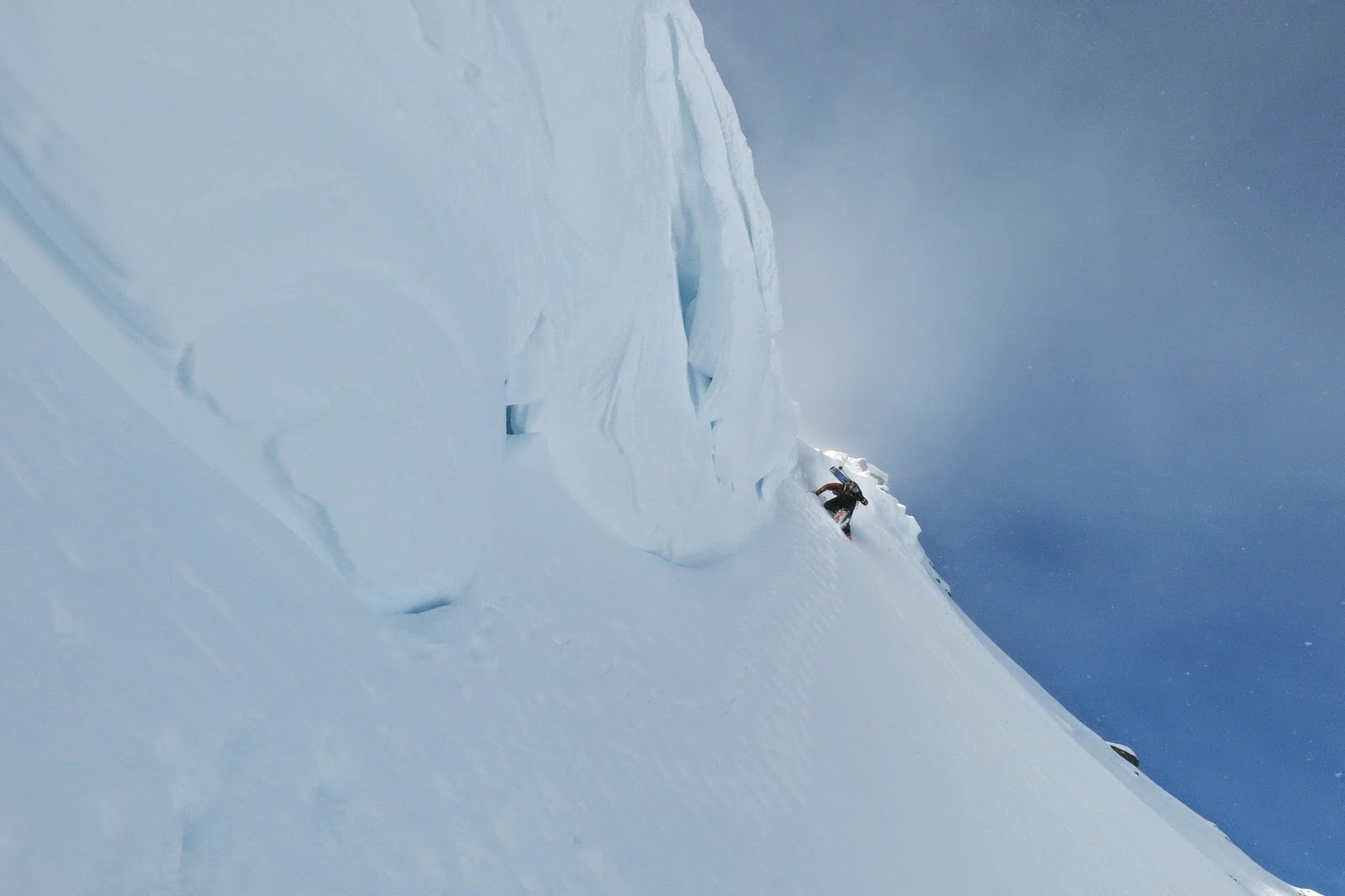 The last steps to the summit of a very tired but seemingly content Wex. 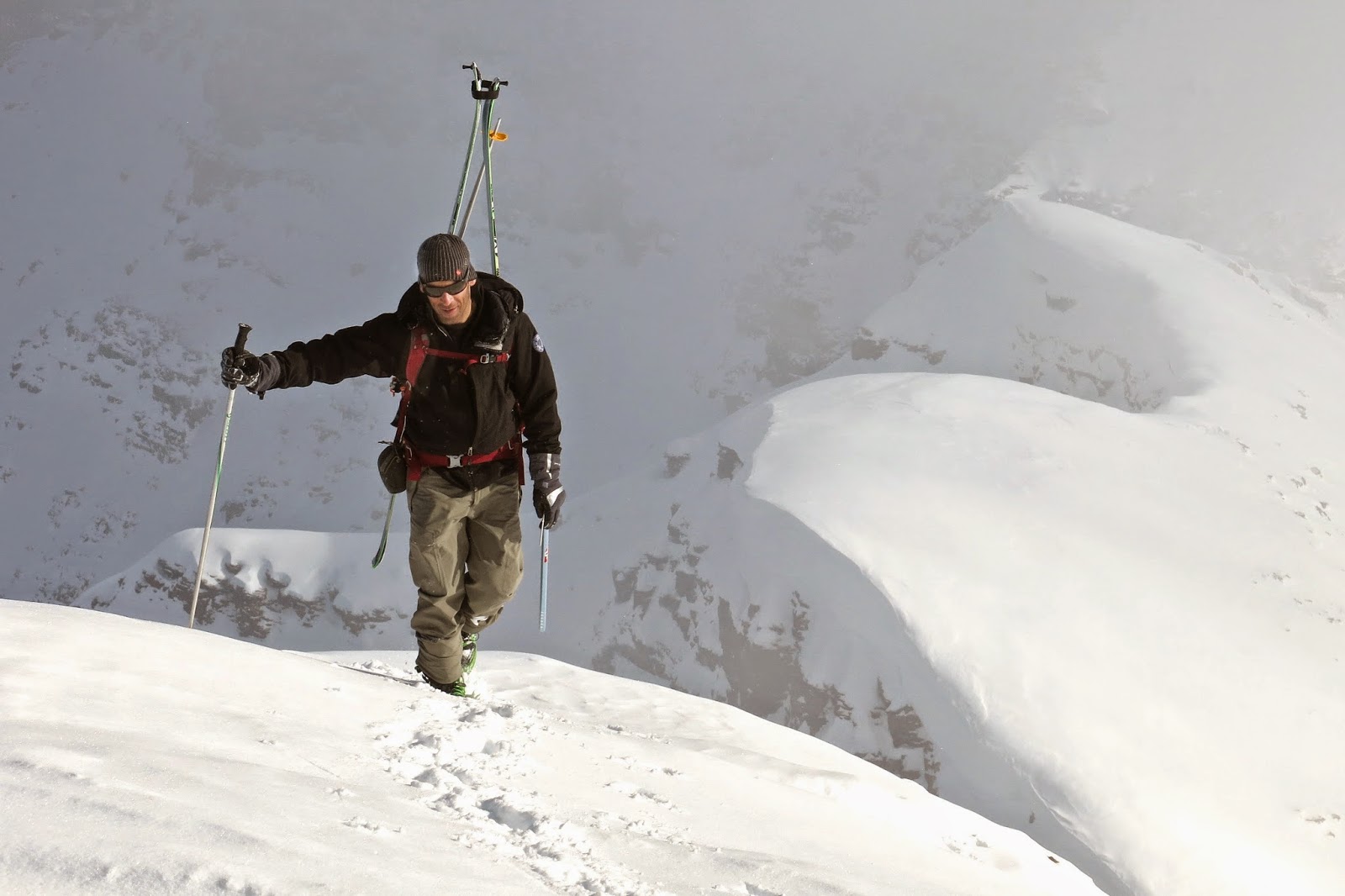 Finally, el Cumbre!
Me stoked out of my mind, planting the Austrian flag as a proof of reaching the top,
and Josh trying to digest Kimbi's home made date squares which he forgot to chew.
After a few turns I started a major sluff that ran full path, so I found an island of safety and waited for my friends to ski by and took some pictures. These are all taken above the "no fuck up or you die" zone above the aforementioned cliff band. 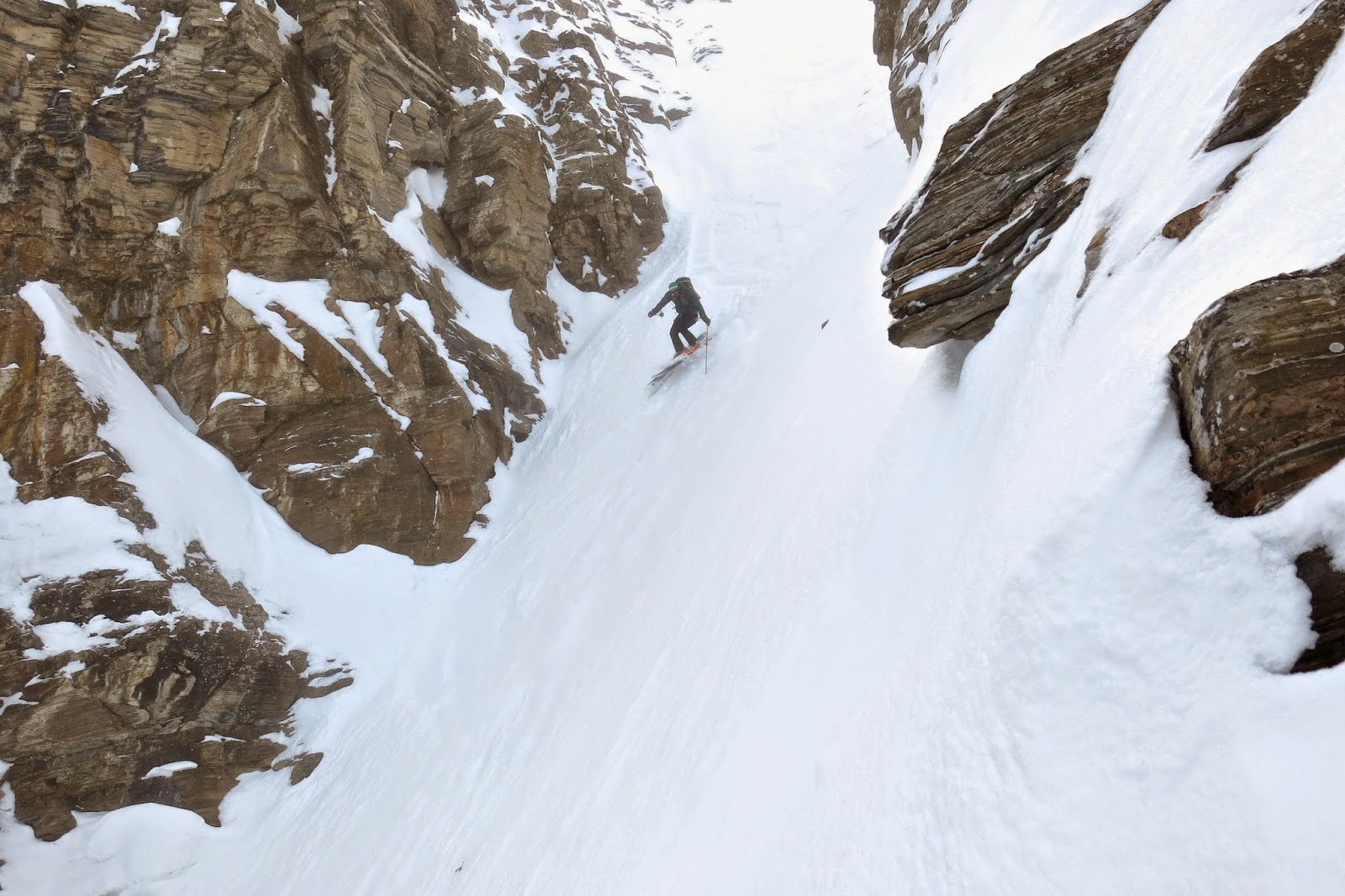 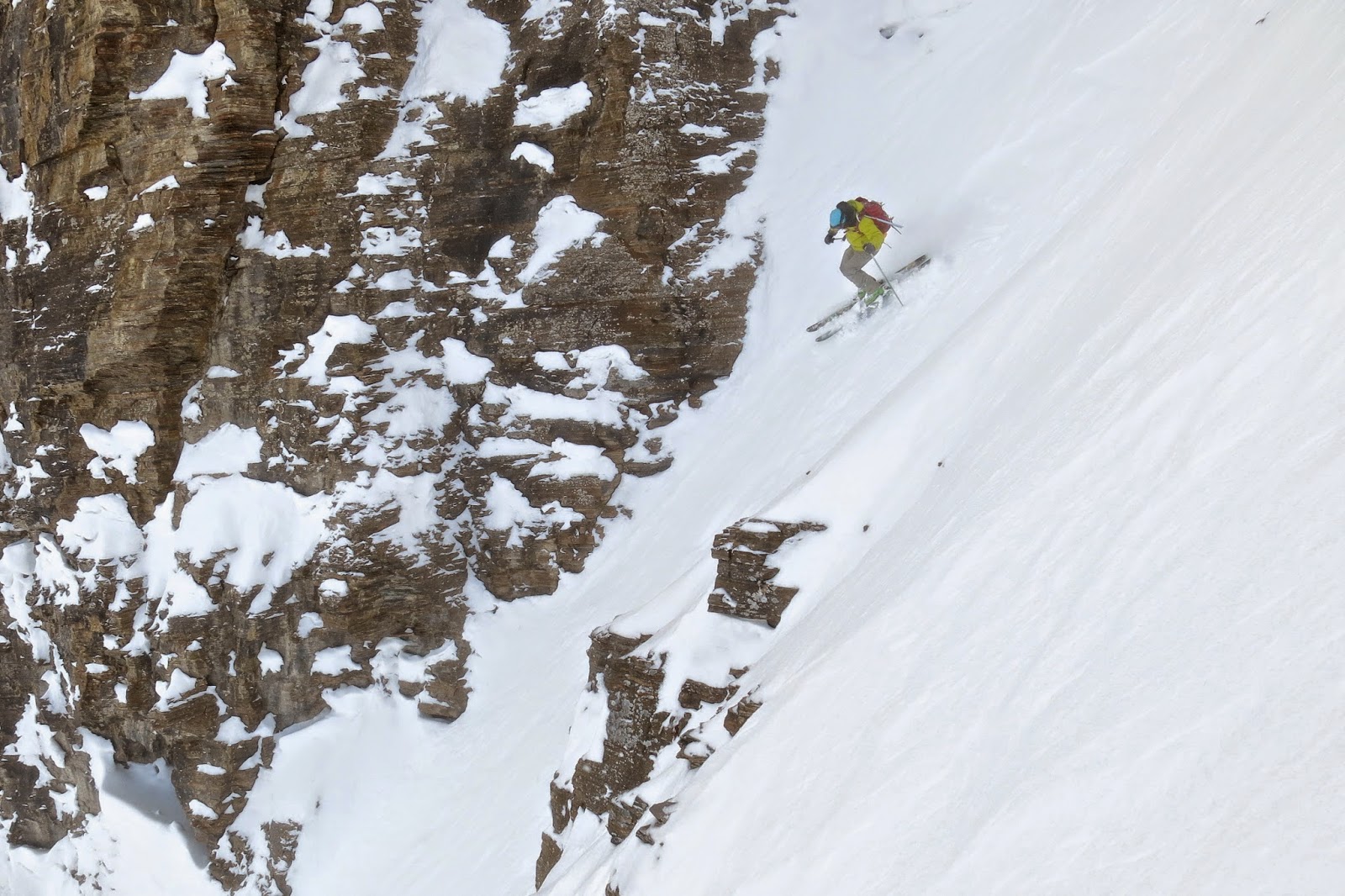 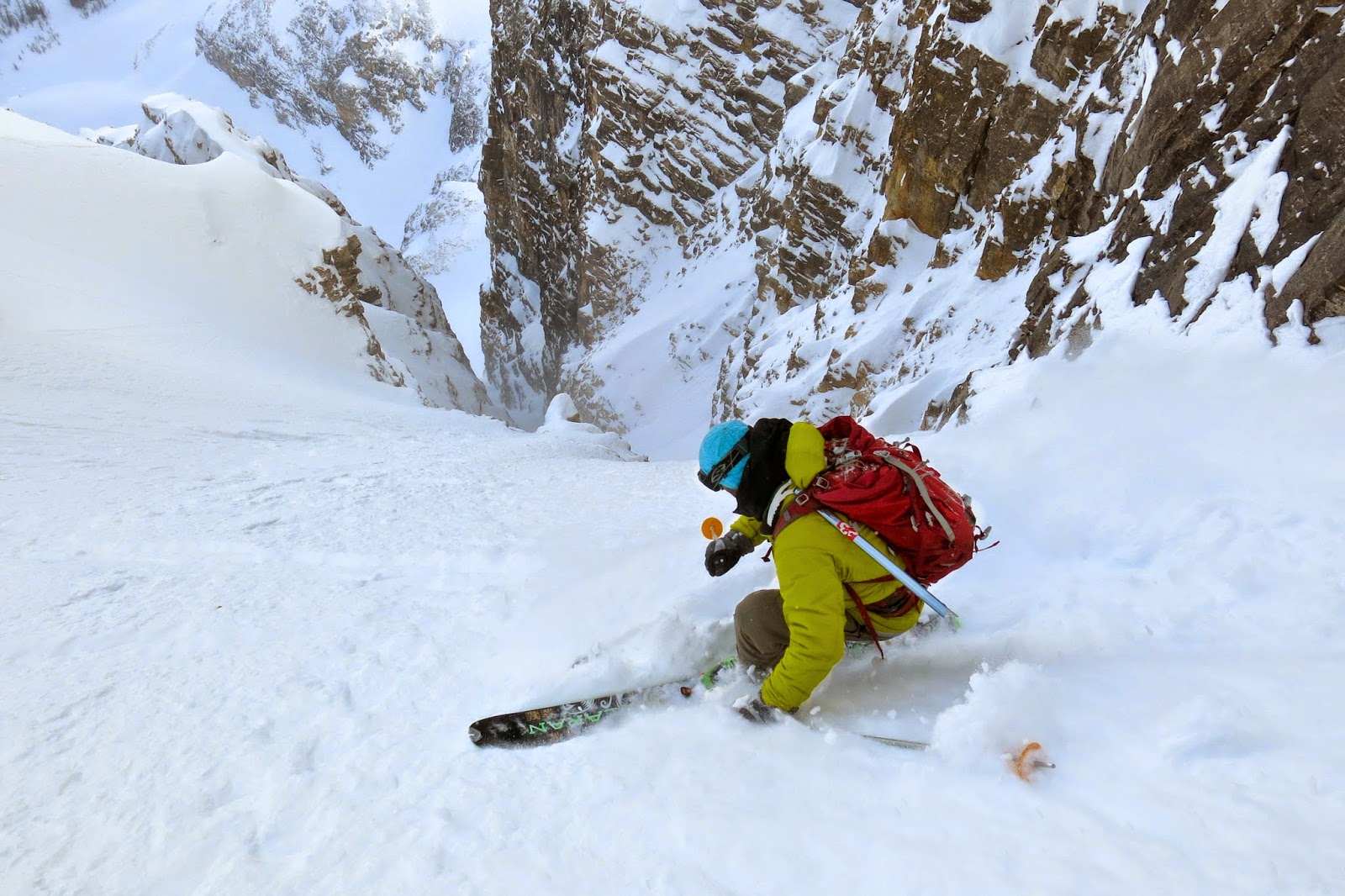 You should know that when Wexler shows up with AT gear, there will be some serious line to be skied. No trying to be a hero and freewheeling on this one... 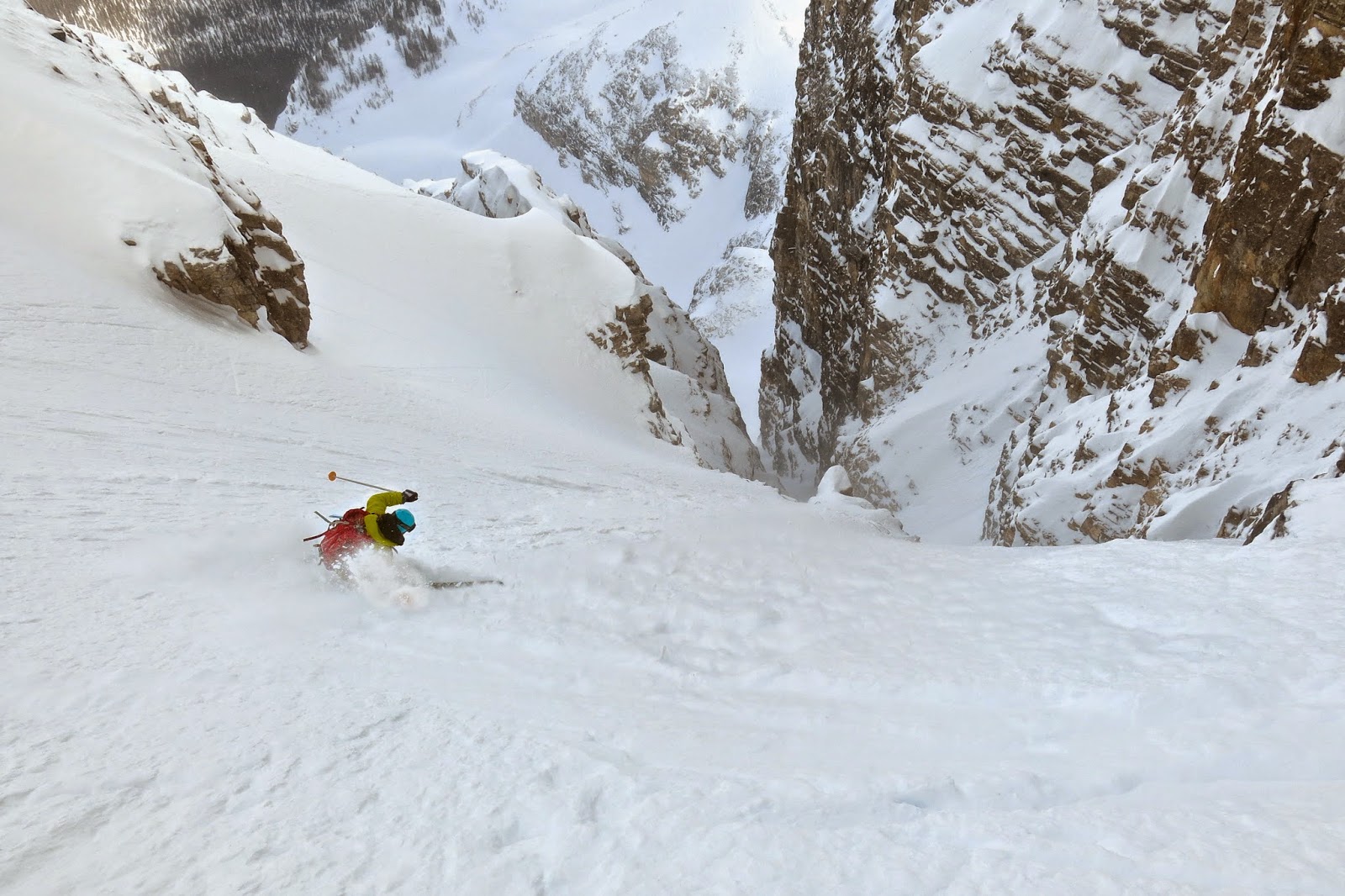 Luckily everything went well and we were even able to keep our skies on from the
summit to the base, thanks to an exposed short traverse on a shallow ramp back into the lower,
less committing half. 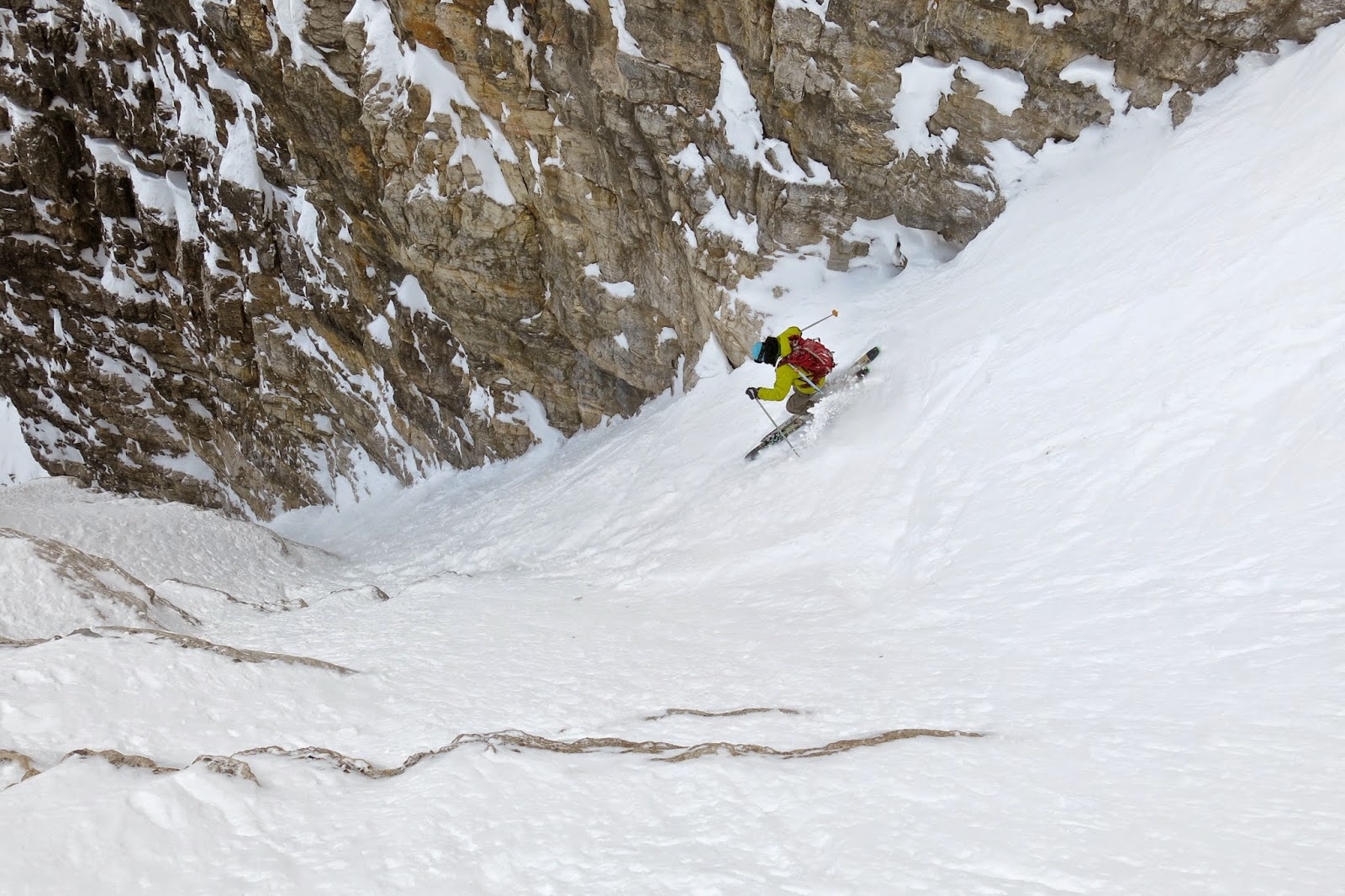 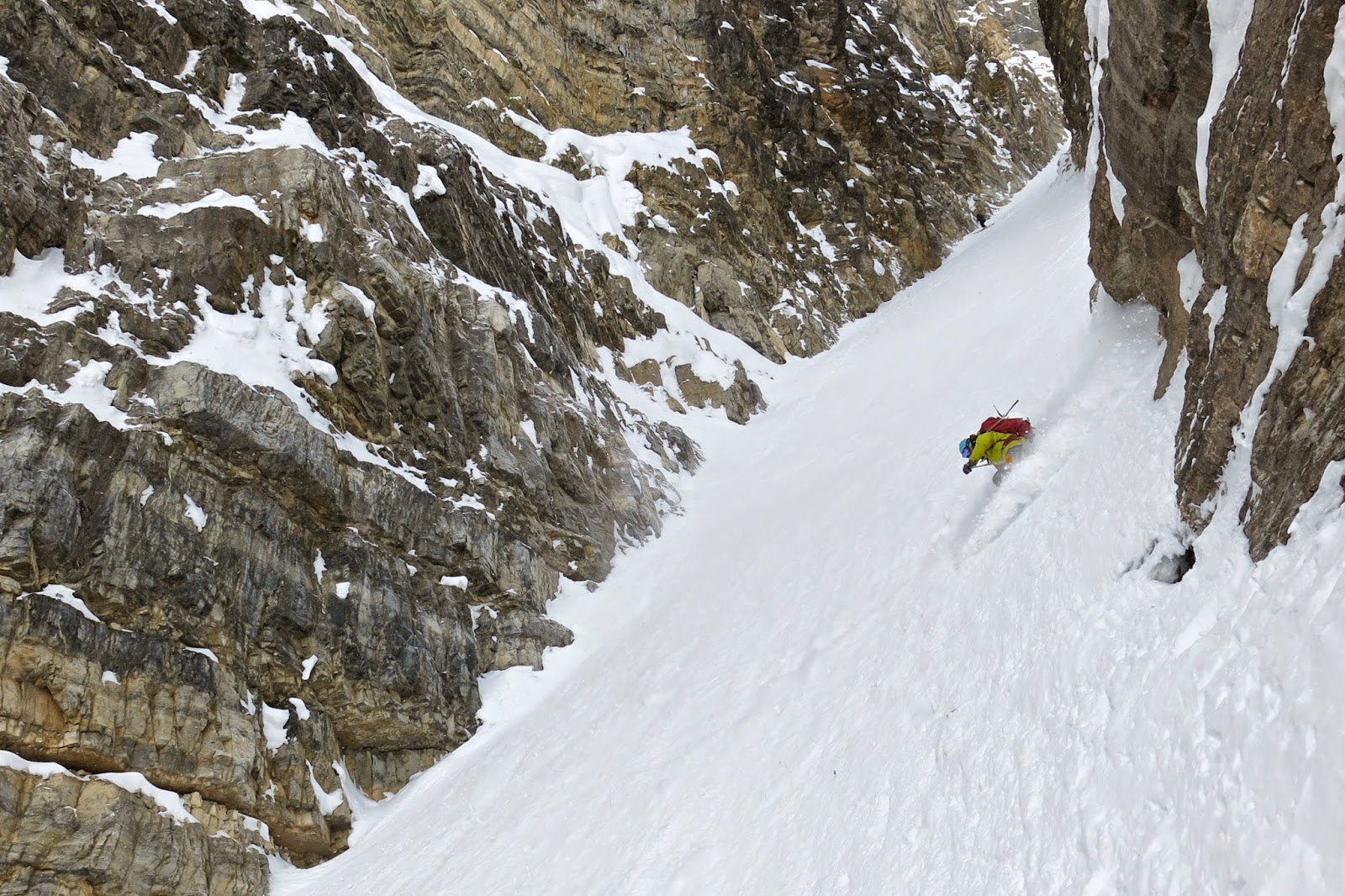 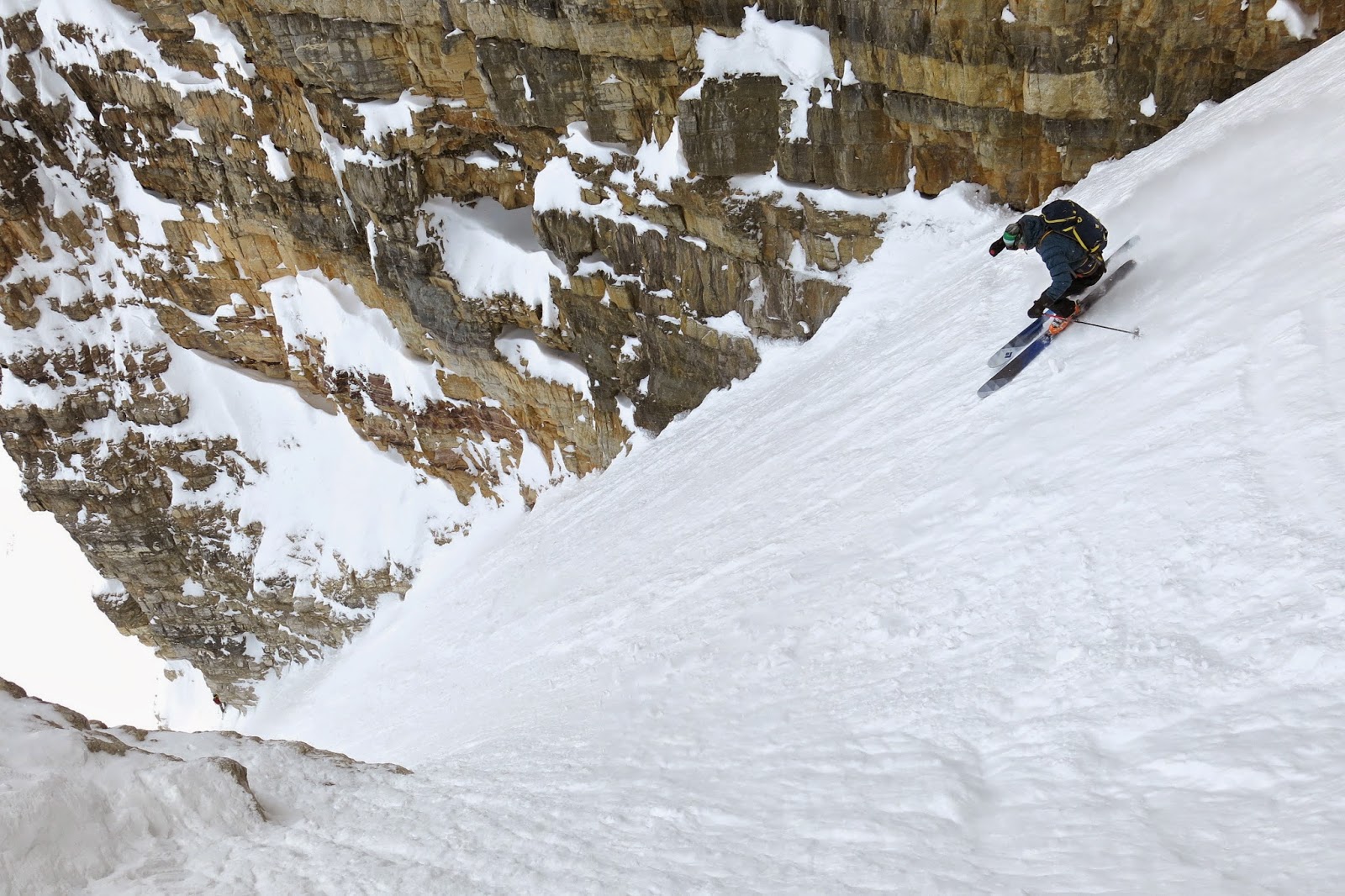 Joshua in his element, steep and icy...just like Galena 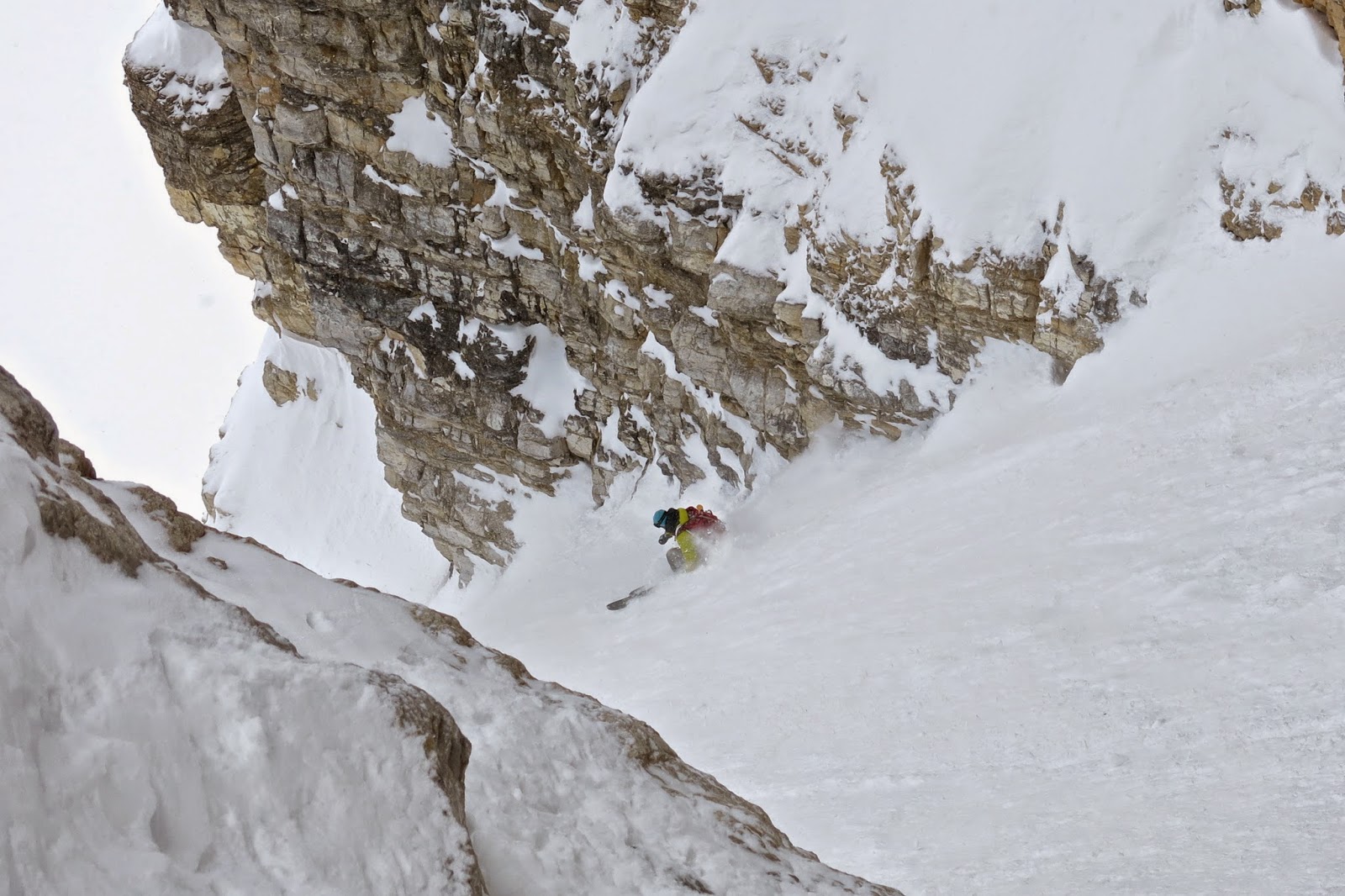 This line was certainly one of the finer lines I was able to ski in the Rockies, simply due to the fact that it was an ad hoc decision to go there
that it was a big ? if she goes
that she actually did go
that it surprisingly skied quite well top to bottom
that I was able to catch up with some good gossip
that it was a great day with good friends 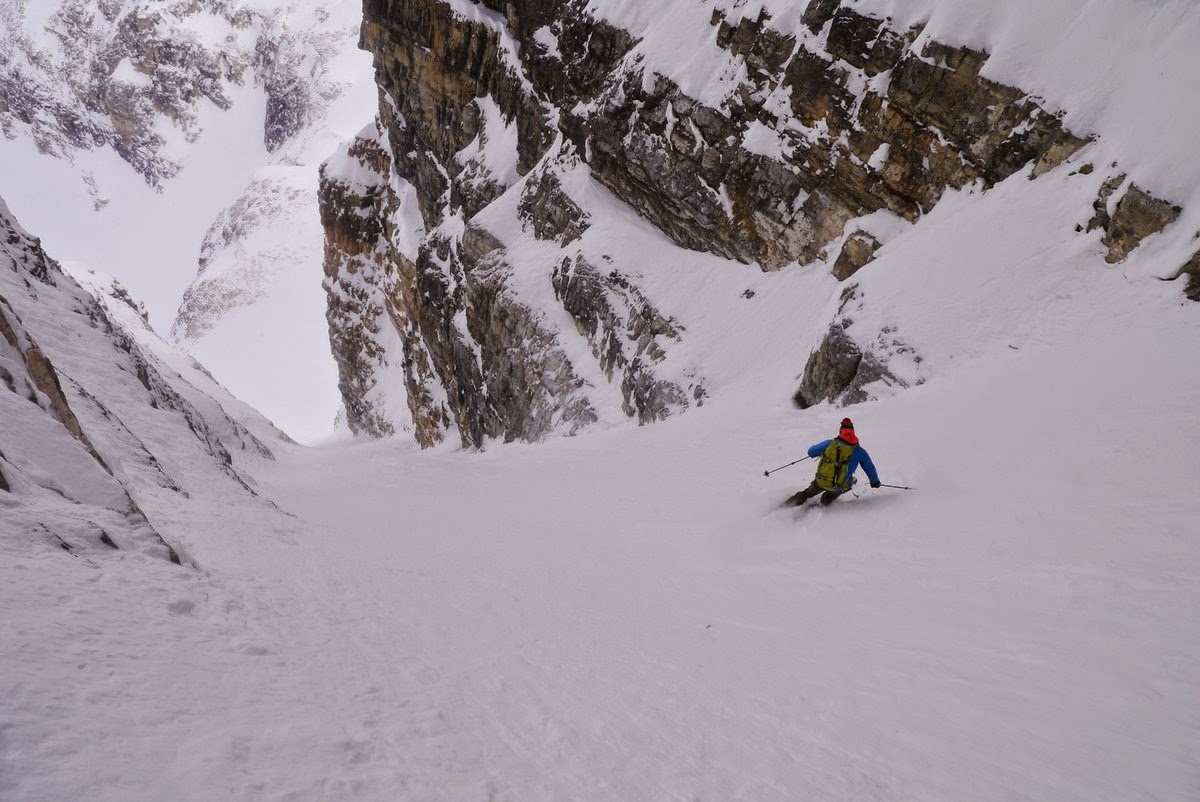 And now back to the heli ski world, no more boot packing for at least 2 weeks...
omg, I'm gonna miss it!
A big thanks goes out to the young bucks who broke trail for the old man.
Here is a link to a short video Josh put together:
https://vimeo.com/120793315

Posted by gery unterasinger at 8:20 PM

I’m impressed with the special and informative contents that you just offer in such short timing.
wireless internet