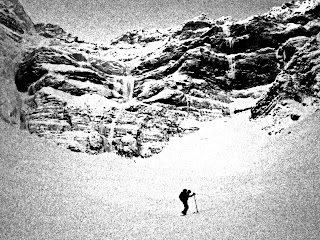 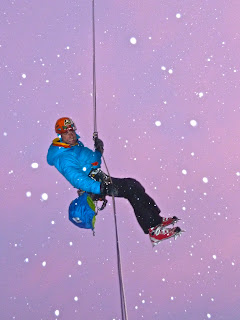 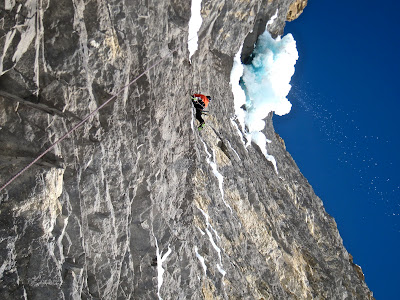 "Cythonna", the Godess of the ice...
Jonny Simms came up with the name, after he rejected his own initial proposal for a proper route name "Flower Power"-just because I was born in 1969, Woodstock just going off... make love - not war.
I had to explain him during the drive home on the dark Icefields Parkway, that my father was rather renown for his Zither playing skills and my Mother has never left the mountain village she was born and raised during that period. Not to mention that neither of them even knew how to spell
Rolling Stones or Pink Floyd, and that Jefferson Airplane and Led Zeppelin
where never intended to fly anywhere.
They had their Austrian hump ta tah music and the saying "in the mountains there is no sin", therefore  they experienced their very own "alpine flower power", perhaps with the additional help of some Schnapps.
-every fun without alcohol is artificial-
And then somewhere between Lake Louise and Golden, finally alone in the car after dumping annoying me at the PetroCan in LL,
Jonny finally got it and so CYTHONNA it is. 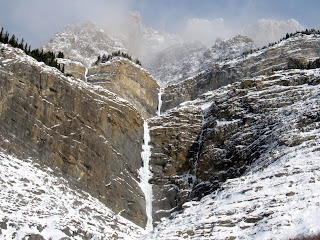 This Sylvester night was one of the first ones in a long time that I actually got to see the fireworks at midnight. Usually I just hear them - annoyed that they woke me up, yet another time. More importantly though, I got to spend that moment for the first time with my wife and kids, and since we were invited to a party at a friends house, a whole bunch of other good friends and friends of them were present.
The reason I'm sharing this rather boring details with you is that usually at events like this the alcohol is flowing like Cougar Creek in Monsoon June. Therefore,  when I did manage to call my skitouring engagement in the morning, they were already off without me towards the mountains.
Ski partners have no mercy on late and hung over pals.
So there I am, up and running (espresso kinda works for me), so I just jump in the car and try catching up with my buddies. Past Banff and now with some time on my hand to think about my situation I came to realize that I will never get to see them anyways. By the time I hit Castle Junction a back up plan sprung into my mind. I've always wanted to ski the SE face of Mt. Whymper, but never found it to be the right conditions. Due to it's steepness and aspect it was always left for a spring day and corn snow, but then it never looked too appealing anymore. Since the chute threatens the Banff/Radium Highway, the park boys with their nasty explosives usually make a big mess in there. So skiing frozen avalanche debris did never appeal to me too much.
Therefore I thought it was the perfect time to ski it, no bomb crater and avi debris yet, a stable snow pack with no sun crust yet, and maybe even some pow turns.
A nice way to ski into 2013. 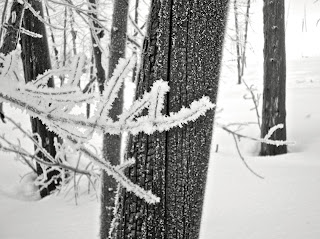 Full speed into the next year 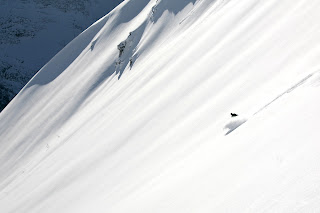 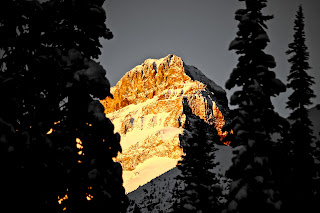