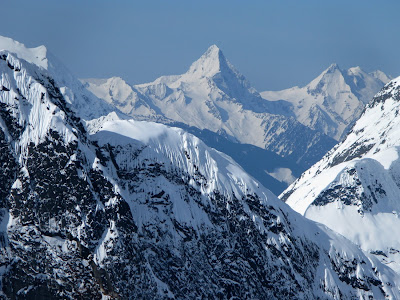 The striking Downie Peak, with Sir Sandford and the Adamant group as a whole, one of the most dominant and eyecatching features of the northern part of the Selkirks. 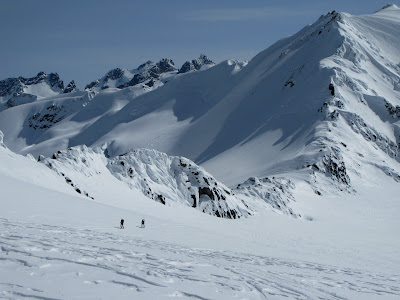 A few days ago I returned from a great trip to the Adamants in the Northern Selkirks. We were blessed with a week of sunshine, but also had unseasonable warm temperatures with the freezing level going up well over 3000 meters. 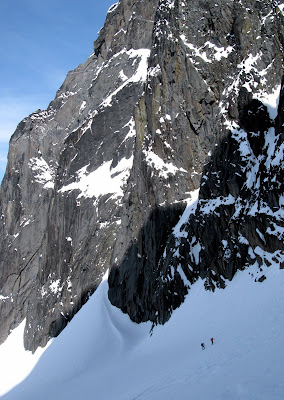 started the week with powder turns and finished it with the first real corn snow of the season, with pretty much everything else in between. What made the trip so special for me was that I finally got to guide something different than heli skiing again. The idea of this product came to me already 10 years ago, 5 years ago I finally sat down and wrote a proposal to my employer CMH, and after a couple more years of fighting we finally started promoting and running the "helicopter assisted ski touring" trip. 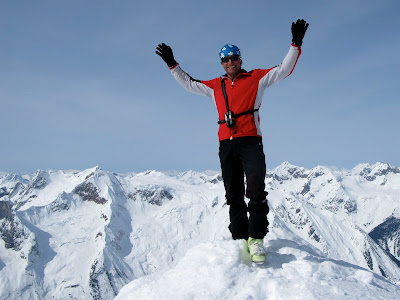 Here are the basics if conditions cooperate:
-stay every night in a 5 star CMH lodge
-fly out around 9 in the morning and land somewhere on top of a good run and ski down
-put your skins on and ski tour around the whole day to your desire
-fly home late afternoon to a Jacuzzi, Sauna, Steam room, great food, well stocked bar and a cozy bed
-repeat until Saturday! 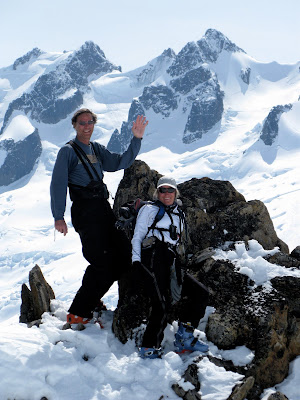 Last week in the Adamants we had over 2500 square kilometers of magnificant terrain for our selfs, only to share with 2 other heli skiing groups, which we never saw the entire week other than at the lodge. Ski touring first class, I hope I can do it again next year, certainly something to look forward to. 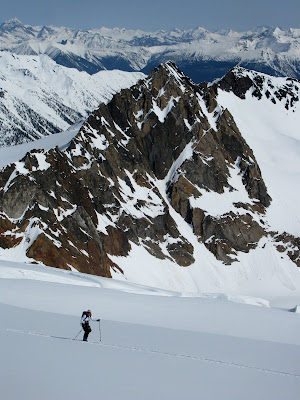 Carol and Alan, a great couple and very fit, you would not believe they are already in their sixties 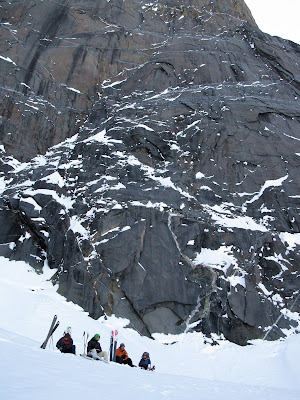 a well deserved rest after a long climb below an unclimbed rock face on Unicorn.
Posted by gery unterasinger at 8:07 PM No comments:

Today was a real tread for me as a guide, I got to go on one of my best scenic flights ever. First I had breakfast in the Bobbie Burns, then I flew south to the Bugaboos and had lunch there. After a little bit of relaxing digestion we boarded the Bugaboo Long Ranger and basically flew over the entire Selkirks to the Adament Lodge for dinner. The only ski tracks we saw were around Rogers Pass, the rest was virgin with no signs of humans activity anywhere. Magic! 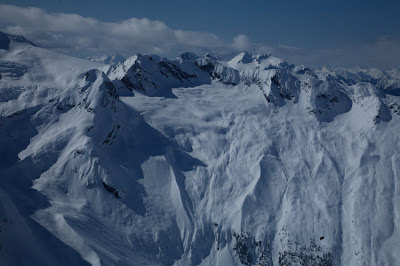 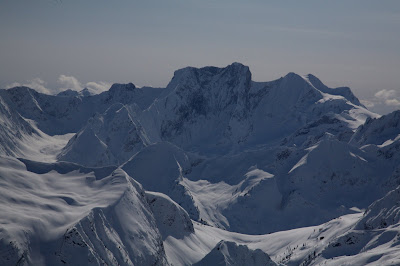 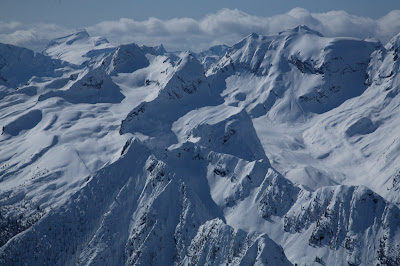 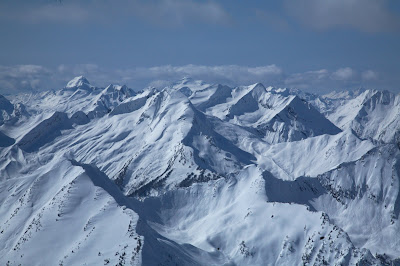 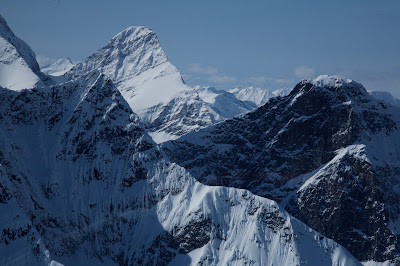 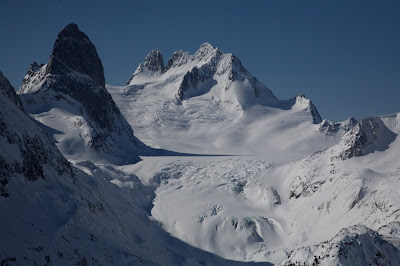 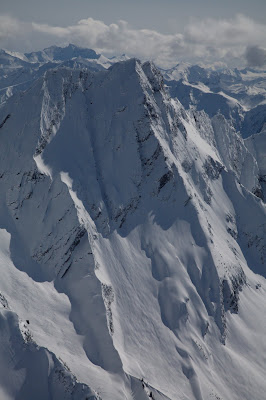 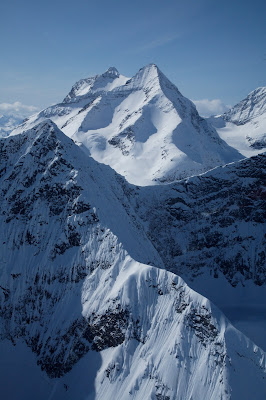 Posted by gery unterasinger at 1:52 PM No comments: