look out for "The Lookout" 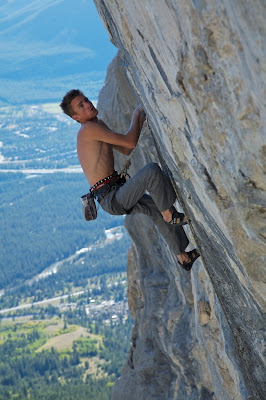 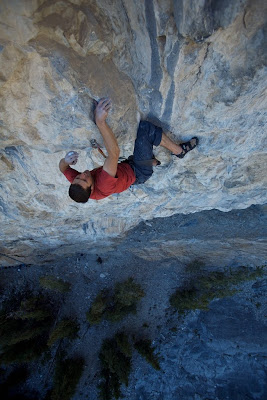 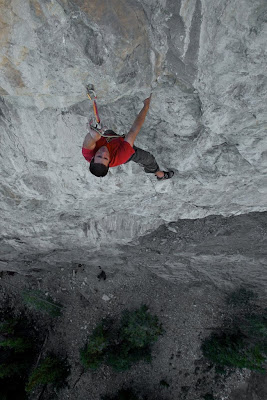 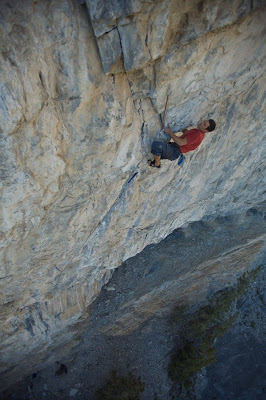 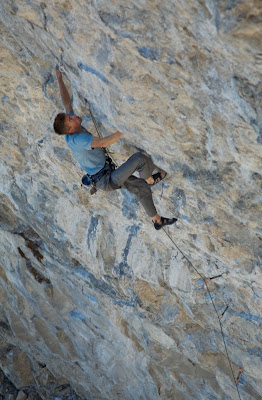 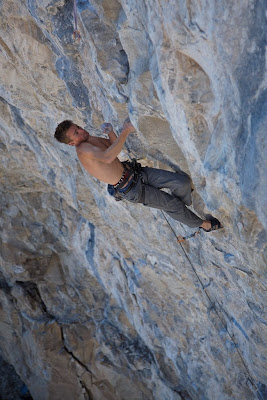 High above Canmore, a steep one-and-a-half-hours march from the ACC hut, there is a fairly new cliff in active development. It is called "The Lookout", which is after the Hide Away, the Coliseum and the Notch the latest addition to the "Ecco Canyon". More or less SE facing at around 2100m it gets hit by the sun from early morning until about 2-3 in the afternoon. Most of the established lines are excellent, and some of them are 45m long single endurance pitches and rank among the best lines in the valley. Possibilities for new routes in all grades seam shear endless. The cliff has been in the eyed and checked out from a bunch of Canmorean climbers, no wonder since it is visible from almost any coffee shop in town. There has been sporadic activities in the past 15 years or so, but nothing to make the steep, long hike without a trail worth your while. It is for the big effort in the new route development and trail building of Greg Toss, that this cliff has now turned into a real destination for climbers, especially in the 12 and up range.
The Ecco Canyon currently offers close to a 100 routes and is not even mentioned in any guide book, which also means that it is still seldom visited. Most people who currently climb up there are also the route developers and their friends. Greg Toss has been mainly active on the left or east facing cliffs, Simon Meis and Ross Suchy at the Coliseum, and Ian Perry with wife or Father at the Notch. Thanks for all your hard work!
Posted by gery unterasinger at 10:53 PM 3 comments: