On Turkey Monday me and Greg Toss (who bolted and cleaned the route) were lucky to witness the first ever red point of a 5.14 in Echo Canyon. Derek G. fired the 45m long "Stone Temple Pilots" in great style. If confirmed, this will be the 8th route in the Bow Valley with the exclusive 14th grade at the end, and it is the one with the longest approach, the longest fourteen without a no hands rest, the highest altitude and the shortest drive (if you live like me in Canmore). 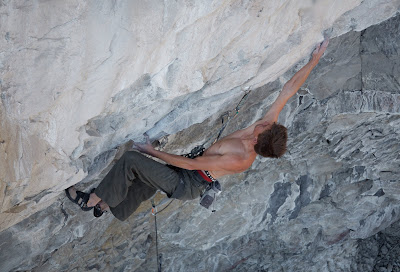 Since I was belaying I show you a couple pictures of the climb from 2 years ago, when Derek came already close but got shut down by the early arriving Winter. 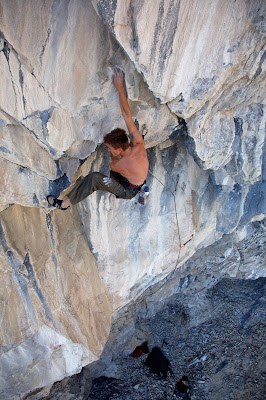 After this we moved up another 10 minutes to my "new" area called "Bellavista", where I almost send a new route called "Zeitgeist". My foot slipped off during the last move, but it was almost better for me going for the "flight" than finishing it. I have not fallen for some time now and it was good for my confidence. When finished, it will be the best route I ever drilled and climbed in Canada, and somewhere in the 12+/13- range.
Posted by gery unterasinger at 7:59 PM

Your contents are wonderful and recommended.
yellow internet